17 Tarck centuries a week can be better than minimum wage.

if you want an extra u lock (long, mid-grade abus, granit 470 or something) drop an address in the PMs. work bought one for fit testing and i’ve used it maybe once since pandemic meant clean out your desk.

@jawn_doe thank you so much! Maybe there’s an Austin tarcker I could have it sent to? I’ll be there in a couple weeks.

Yeah you can send it here no problem

@Brendal_Crimpton at the rate i actually get shipments out the door timing should be perfect!

@jawn_doe thank you so much for going out of your way to consider me! Big warm tummy vibes over here.

@ShartAttack thanks for receiving! I’ll be in touch when I’m getting into Austin. I’m planning on taking a week or more to go through white sands, Carlsbad, Guadeloupe, Big Bend and then I’ll be headed over. Not sure about anywhere between big bend and Austin…?

Colorado for sure at some point!.. I don’t think it’ll be this year lol I think I’m gonna get sucked into the east and I’m just moving so damn slow.

I’ve done the trip between Big Bend and Austin a few times. There is not much between the two places unfortunately.

Haha well the first day working Austin was chaotic and I wanted to go home when I was accidentally 8 miles out. But it paid $23hr, that’s great! I was not moving fast at all. a few people very generously tipped. Folks love seeing their food show up on a bike.

Happy to be here. 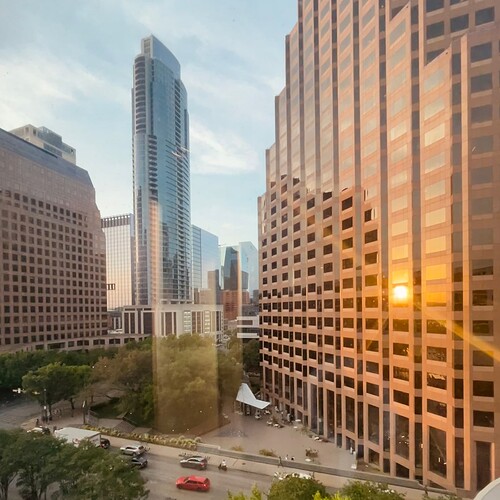 2nd day. had better boundaries for a work zone. Ended at $27/hr and I still am moving very slow. For midweek/midday and chugging at 5mph avg these numbers are the best I’ve seen… anticipating what the weekend dinner hours produce.

I knew going in that Austin is hilly… My legs are spent … I got soft in the valleys of the Sonoran desert.

what are you delivering most? hows that differ from other municipalities?

Today I pulled $70 with Uber eats and $70 with door dash in five hours from 230-730p. Uber eats has been keeping me busier in Austin, but two people on door dash today tipped $20.

Other cities it seems are busier with DD than others. Overall Uber is main provider in each city.

I try to only accept offers that are minimum $4/mile. In Phoenix, Seattle, Santa Barbara, LA, Sacramento, etc where there’s 1.5m+ populations in the metro that’s all very easy to do. Tucson/PDX/Reno I had to settle for $3/mi to stay busy. And any town around 20-150k I just take what I can get unless it’s the very common offers for 50 cents a mile.

Austin Today I averaged $6.50/mi which is what I was doing in Phoenix after a month of troubleshooting my work zone boundaries.

Is this what you’re asking?

Haha that was my first thought

They also eat a lot of jimmy’s poke which is this stank hole. It’s cleaners and aging tuna.

Phoenix loves big pizza too which hasn’t been the case with other cities. Phx gets a lot of different foods, but in no other city have I made so many deliveries within 2-3 blocks from pickup.

LA eats everything but I stuck to chipotle In Santa Monica because it’s flat down there and it’s really easy to deliver without destroying the contents on a wild pothole. Chipotle is the best food to deliver. McDonald’s is the most fragile and poorly packed - nationwide.

Santa Barbara loves panda for some reason. There’s a few Panda cities out there haha

Portland is a lot of food trucks. Sushi. Sushi burritos.

Seattle was subway and five guys. And a lot of offers to rite aide and target to go shopping for 30 things. I will never.

In Austin had me going all over the menu but I’ve made the most stops to Sweet Greens. They make complicated salads with generous portions.

I’ll never not be mad at sweetgreen because they opened a location near me that is in the former space of venerable burger joint Hamburger Mary’s where all the servers were drag queens and they’d drop your tab on the table in a high heel shoe. That place was great.
Sterile ass sweet greens is a poor fuckin replacement. 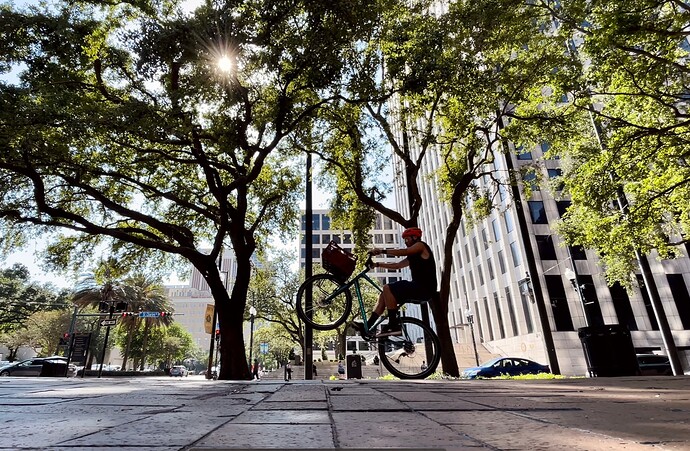 Worked New Orleans today and this is the first time in a long time that I feel way out of my league with the car culture. Around Canal street no problem, share the lane paint, very metropolitan and thousands of pedestrians (which also feels unreal to casually experience on a Thursday afternoon.)

But you get into the side streets around mid city and holy fuck a ton of those drivers wanted me dead. There’s no bike lanes, no cross walk signals… it’s different and a little horrifying how hostile it felt.

I worked the slow hours today, pulled $18/hr. Was a bunch of foods but they love True Kitchen. Austin also loves True.

I might stay here a month or so. Feels like maybe one of the favorite cities in America. Otherwise eyeballing Philly.

NOLA is a magical place but it does seem unimaginably horrible to ride a bike around. My friend totes his tuba and dog around on a trailer and says it’s fine so I dunno. Seemed like a nightmare last time I was there but I was mostly just walking around the French Quarter so I dunno about other parts of town.

This is all true. Biking down there is no bueno