Anyone ever run into a bear?

I was just riding through a new trail in the woods trying to make it to the top of a hill I’ve never been on and saw a bear run through some trees like 30 yards in front of me. I froze for a minute to see if it was coming to eat me but I didn’t hear or see anything so I took off. Now I’m thinking of carrying mace with me, it was scary. You all have any bear stories?

taiwan has a serious stray dog problem, i get chased by them all the time. Bears, not so much.

I’ve seen coyotes a couple of times, but no bears.

they won’t attack you if you’re doing a tarck century on your tarck bike. they’ll actually high five you.

in the race on saturday some farmer girl had accidently let one of her horses out and it was running beside us, kinda fuckin’ scary, this thing was huge. It got up to our speed at a gallop and then skidded to a stop with sparks flying out as soon as it came to the end if it’s fence (even though it was on the outside?).

how many skid patches does a horse have?

Almost hit one in my car once. Ran right out in front of me. Lucky for both of us I run brakes on my car.

Bears are the sole reason I won’t do a group ride if females will be riding. (they can smell the menstruation)

Those things freak me out, the way they sort of dart out and zig zag in front of you like they want to get hit almost. My wife accidentally ran over one before and broke its back. She was pretty upset and cut her ride short. Thankfully it didn’t get stuck in her fork or anything.

I see rabbits all the time too, but they have the good sense to stay in the grass.

Once I was touring on a dirt road and surprised a deer, which ran next to me for about 30 feet before running off in another direction. That was pretty cool.

I mostly have trouble with cougars. 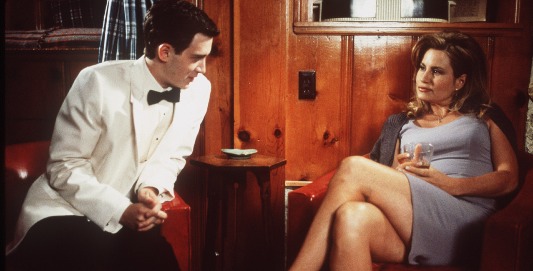 damn, i feel your pain.

I raced a horse through greektown today while I was pedicabbing. Dunno what the fuck that was about.

Horses: what’s the deal with them?

when i was backpacking in new mexico a while back i ran into tons of bears.

one night i got outside of my tent to take a piss and i noticed a large lifeform about 20 feet in front of me near a fallen tree. i thought it was one of my friends that was backpacking with me, so i whispered “hey eric, what the fuck are you doing man?”

turns out it was a bear, so i retreated back to my tent. luckily it didn’t mess with our stuff or anything. it just moved on.

we also saw many bears out in the mountains.

i have yet to see one in the wild

Saw one once when I was floating down a river in a canoe.