Can anyone vouch for these? 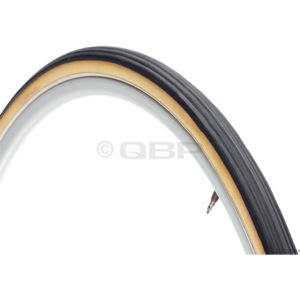 yes. they are pretty much on par with veloflex paves as far as I could tell. feel great, rides perfect, wears very quick, no puncture resistance whatsoever. I also recommend gommitalia calypso k clinches if you’re looking for the high tpi / gumwall thing. cheaper than the challenges usually.

Between these and Veloflex, I’d take the Veloflex, but they’re both basically the best clincher tires in the world.

I was looking at Paves, but these bad boys are 5mm wider.

It’s basically between these and the Pro 3 Race in 25.

Never seen the chili ones larger than a 23.

If you track down the regular old GP4000, get the ones with black chili. they come in 25s…and are exactly the same as GP4000S, just with a different logo.

Make sure they have black chili, though. the colored tires are not black chili…only the black.

I emailed continental a few months back and asked them if this was true. they confirmed. GP4000S = GP4000 with bc and different logo

Since 1871, Continental develops intelligent technologies for transporting people and their goods. Welcome to our official website!

this says black chili in black…

Since 1871, Continental develops intelligent technologies for transporting people and their goods. Welcome to our official website!

i just bought challenge clinchers. theyre cross tires though, so im no help

[quote=zombie]I was looking at Paves, but these bad boys are 5mm wider.

It’s basically between these and the Pro 3 Race in 25.[/quote]

I have seen more than a few Challenge tires that the tread has separated from the carcass. I know some guys who were sponsored on the road by them and pretty much hated the tires.

i picked up some grant peterson approved tires recently. haven’t used them, but another good option, and cheaper than the challenge tires (which i also considered).

Let me know how those Ruffy Tuffys are. I think I’m going to be replacing my massive 35c Randonneurs with those in a few weeks.

I had a set of Ruffy Tuffys. They’re alright. Kinda slow feeling.