Is it good to bike here?

So this year is supposed to be my first pass on the academic job market. I’m not sure how many options I’ll ever have, but I’ve come to realize that I need at least some sort of bike-ability for my physical and mental health.

It’s not always clear how good a city is for biking, to me. Like maybe there aren’t bike lanes but there are lots of streets with low traffic and speeds that aren’t obvious on Google Maps? Or maybe there are nice trails/MUPs/shortcuts that also aren’t documented very well?

So I’m hoping to tap the tarckmind to see whether I should just rule some places out. If anybody else is thinking about moving and has similar questions, post them!

So right off the bat, Oklahoma City. There is a job there this fall, the geography is good for family reasons, kind of an interesting & diverse city, but biking looks like garbage. Tell me I’m wrong? 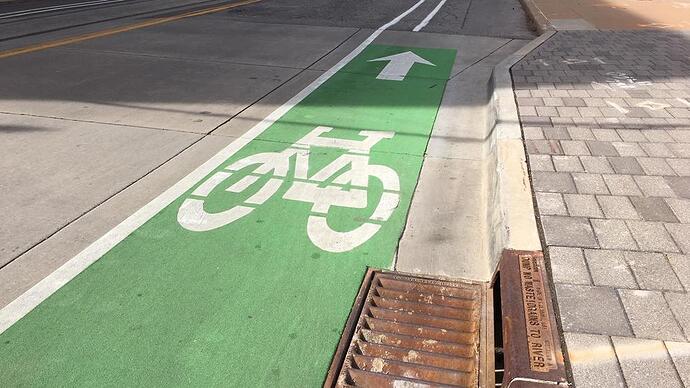 Oklahoma City ranked as most deadly for biking to work

Steve Schlegel said he would like to see Oklahoma City do a lot more to make the area more bicycle-friendly. The owner of Schlegel Bicycles in Automobile Alley said he thinks this is the way the city is going. "It's a slow process with the...

On the other hand, the city has earmarked about 20 mil for bike lanes and it seems that they are aware of the problem. Might be one of those midwest situations where you move there to be a part of the improvement movement.

Woof! Well that is a helluva headline!

Realistically I’d be too busy at work to be much of an activist so maybe that settles it.

I am intimately familiar with the academic job market, and layering on bikeability to an already impossible job market might be a step too far?

I’m just gonna tell you to fuck off with this right now!

I feel like you mentioned Charlottesville before which is pretty OK. Richmond, as anyone who has been here or has listened to my rambling knows, is pretty darn good. I know the local university does a bunch of water ecology stuff but no clue about the science stuff beyond that.

My feeling is most towns with a big university have at least some amenities encouraged by students as well as limited real estate for car storage. Certainly it’s different for more smaller schools and medical centers (which is more like what the OKC job is).

I’d rather change careers than live in Oklahoma City. Hope this helps.

Cincinnati has an excellent education system. the best high schools in Cincinnati also have cool names like “university of Cincinnati” and “Xavier university” which is an added benefit!

my high school had a generic ass name but they gave me a bachelors degree. for some reason that’s a thing they can do. not that it means much, but it says “bachelor of arts”