I had some time to speak with the Pedros retail account manager at an event held in Houston last night. He’s a really nice dude that let me fiddle around with the new Trixie tool we’ve seen floating around the interwebz for the past few months. From what I recall (I got pretty unsober after this) it felt nice and solid and wasn’t too heavy. Definitely a shit ton better and lighter than carrying around a wrench. The wingnut on there is for securing the tool to your water bottle mounts. I assume it’ll come with two. I can’t honestly say I’d ever use that feature but it’s definitely neat for some. It also has a bottle opener. Who here can say they don’t need another bottle opener? No one. If you do, you’re lying.

Anyway, I brought up the group buy idea after telling him about our desire for them to send them to us for product testing. He laughed and mentioned that some fixed gear guys in Boston got the pleasure of product testing. They are after all based out of Wilmington, MA so it made sense.

He asked how many I think I could get in on it and I said more than 30. Let’s see if my estimate is true. He handed me a card and I’ll be speaking with him about it in mid-February when the tool is actually ready for release. He said I should definitely give him a call and we can see if we can work something out.

ETA: I’ve seen the tool popping up online in automatically updating inventory systems for $25 - $30 retail. I have no clue what the GB price would be like but take your estimates off of those MSRPs.

[quote]Trixie: Specifically designed for the fixed gear rider, the Pedros Trixie is the urban survival tool with all the right pieces to keep that bike rolling. Hardened tool steel give this tool a great feel and long lasting life

And a lockring tool.

How often do you really need a lockring spanner?

How often do you really need a lockring spanner?

the only thing i need on there is the bottle opener.

I’d get one with a slight discount just so that I can carry around a lighter alternative to my 15mm wrench.

If you can’t open a bottle with a lockring tool, you’re handicapped.

what the hell is a waterbottle mount?

Pretty sure it just means that that wingnut can be used to attach the tool where your bottle holder would mount onto the bike.

…specifically designed for the fixed-gear-rider, who they neglect to realize usually don’t have water bottle mounts on their frames…

I’d get one with a slight discount just so that I can carry around a lighter alternative to my 15mm wrench. 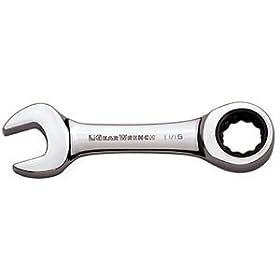 get a stubby, then.

15mm wrench, 5mm hex, and bottle opener are on the left side of the photo, lockring hook on the right. The 8,9 , and 10 are in the stepped area of that open middle section.

Who on earth needs to carry those things with them when they ride? This tool is a solution looking for a problem.

i thought taht was shit on the paper behind it

now go ahead and tell me how big is that guys hand is[/quote]
That’s my hand. My guess is the tool is around 7" long.

[quote=“CeeGee”]I’d get one with a slight discount just so that I can carry around a lighter alternative to my 15mm wrench.

Or just go buy a box-end wrench and cut it down.

[quote=“Omi”][quote=“CeeGee”]I’d get one with a slight discount just so that I can carry around a lighter alternative to my 15mm wrench.

Or just go buy a box-end wrench and cut it down.[/quote]

$1 wrench from the flea market

im all about getting as many tools onto one functional device. that being said, if the cost is not excessive you can put me down for one.

$1 wrench from the flea market

the point isn’t the cost of the wrench. I have full sets of metric wrenches and 1 adjustable. They’re just fucking heavy to carry if I’m going bagless and already have a phone, wallet, and other tools in my jersey pockets. I also haven’t been able to find a stubby 15mm locally and feel kinda dumb buying a shorter wrench just to save weight. I will spend 20 bucks or so to replace the wrench AND the hex wrench floating around in my bag AND especially if I can attach it to 3 of my 4 bikes.