Sagan om Ringen; or, The Legend of the 5 Rings

As you all know, almost a month ago I took of on my journey from my hometown in Northern California to the city where I was an exchange student before: Lund, Sweden. The decision on which bike to bring was kind of obvious. I sold of my fixed gear, left my mountain bike to my brother (the thing got a random flat right before I left, so it’ll stay in the garage until I return, save for a miracle), and packed up the Long Haul Tarcker. I didn’t bother pulling the cranks at the advice of both frankstoneline and the LBS. Big mistake. When I got off the plane the box was scraped along the ground to reveal a distinctly metal sound. My chainring had been scraped and bent. There was no saving it. 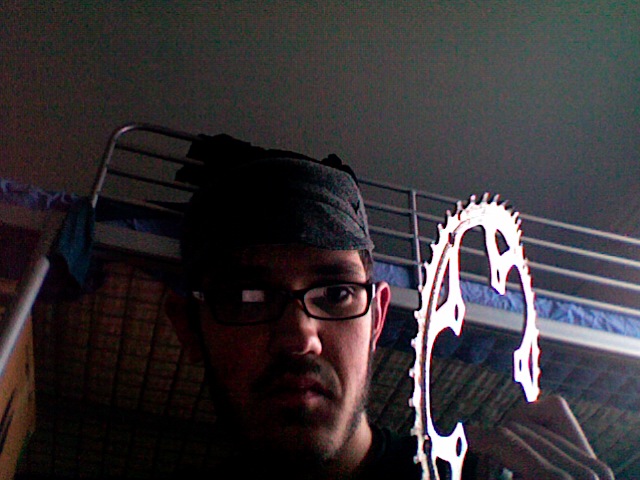 Settling in here didn’t leave having a bike as my first priority, but regardless I told dumpsterlife about the situation and he sent me a 46t sram chainring he got off eurojosh. He claimed the BCD was 110, but it was 130. The pain of this realization was offset by the giant wok of quinoa I came home to at my old host family’s house: 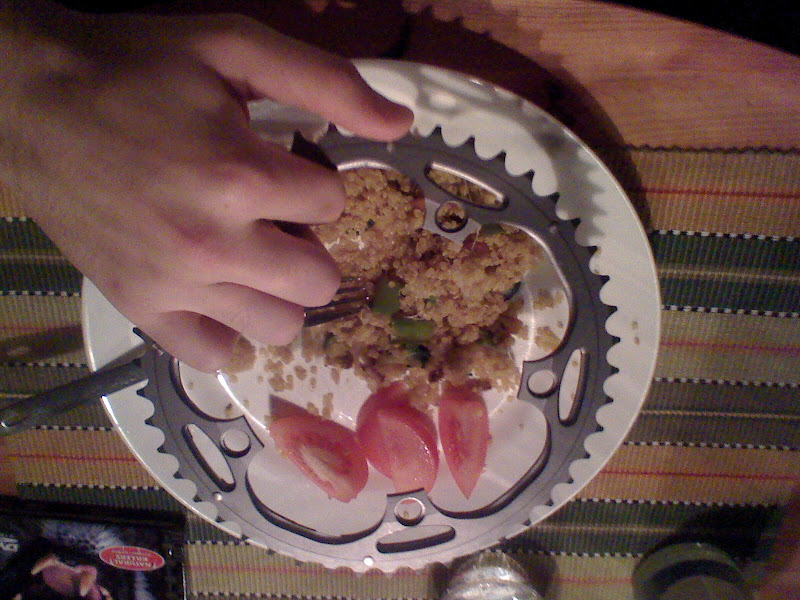 Once I got over that, I ordered the cheapest one I could find along with some krylions from wiggle.co.uk. Turns out they didn’t have it in stock, so while my tires came but the chainring remained in transit. Today I finally recieved the chainring, put it on, and rode for the first time since leaving. 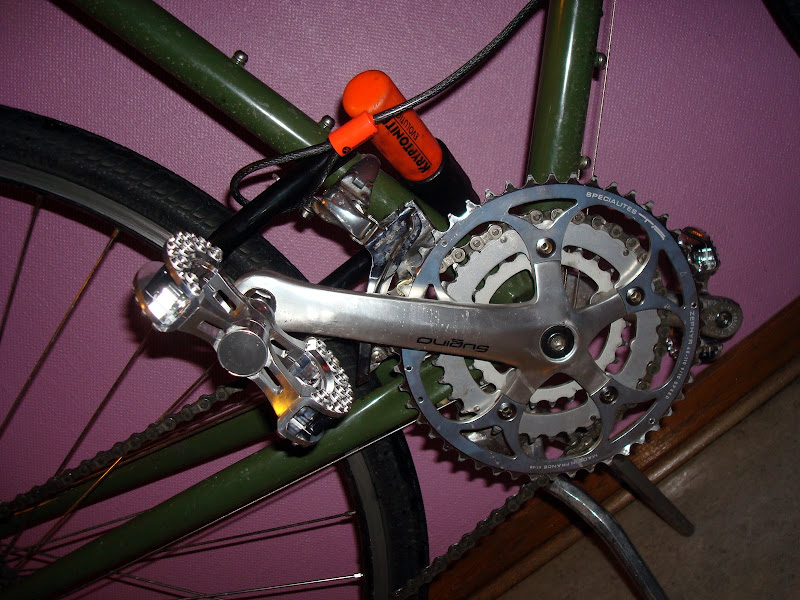 This ride was not only a culmination of all that bullshit, but indeed a lot of other bike specific items I had yet to use in their proper circumstance. I suited up: two pairs of gloves (re:PI slices suck), my DIY reflective-X waterproof softshell hoodie, smartwool midweight top and bottoms, a chainlove swobo jersey, some wool socks from xmas, a wool walz cap I got off zombie, and jacques’ old carhartt helmet liner. I had added the MKS Grip King pedals and sold my brooks, so the feel of the bike was different off the bat. The tires were also low on air because all I brought was my shitty handpump, which I found at a century. I rode to the nearest bike pump station (38,000 students in this town, 90% of which ride bikes) and filled up. I had never ridden a bike on snow, and it felt a whole lot different that I imagined it would. The pedals are amazing, probably my favorite pedals so far.

I knew the way out to my old house by heart, I commuted it rain or shine for an entire schoolyear. I was going much faster than I used to go on this path, given the shape I was in and the cycling I had been doing beforehand. Breathing was another thing. There was a large difference between the shape my lungs were in and how fast my legs were taking me. I felt very feverish and was breathing painfully deep into my lungs. Before long I had arrived, I parked my bike by the barn, but alas my memory card wasn’t in my camera.
I stepped into the house to enjoy some Rooibos tea and open faced sandwiches with mom and pops.

I am interested to try those pedals. I much prefer clipless for touring for the stiff sole, but a pedal that large would probably make up for it.

try some tenny shoes like new balances with the pedals. amazong has 'em for cheapish.

i want to go to scandinavia.

i want to go to scandinavia.

there’s a couch open as of march 2nd.

I’m glad your bike is up and running.
The thought of you not having a bike has been making me sad for weeks.

[quote=“Rusty Piton”]I’m glad your bike is up and running.
The thought of you not having a bike has been making me sad for weeks.[/quote]
Imagine how dumpsterlife feels, he’s been trying to get me one for weeks haha.

Could you have turned then bent outer one inside out and just used the middle chain ring?

That was the most boring rendition of the Legend of the 5 Rings ever. And the book itself is pretty dryly written.

Could you have turned then bent outer one inside out and just used the middle chain ring?

nope. it has the little nubbin thing to keep the chain from slipping between the big ring and the crank arm.

I thought this was going to be about the Bo Hansson album. Nonetheless, I’m glad you’re back on a bike.

[quote=“bold”][quote=“Rusty Piton”]I’m glad your bike is up and running.
The thought of you not having a bike has been making me sad for weeks.[/quote]
Imagine how dumpsterlife feels, he’s been trying to get me one for weeks haha.[/quote]

wait but ddnt you still have the small ring up front, couldn’t you have just used that in the mean time?

that would require buying a new stack of bolts. which is like 15 bucks. Wasn’t really into that. I’m cheap.