I’m sure someone has made a thread about this before, but I feel compelled to continue.
What kind of tires do you guys use?
i just bought a Maxxis Refuse and killed it off in about 50 miles.
I’ve had some good experiences with ever wears in the past.
They’ve lasted me a couple months, but i was wondering if there was something better.

I also have some 15 skid patches, one spot wore down alot more than the rest of the tire

fukka skid patch. with my gearing i have like 3 skid patches, yet my tyres are doing fine

gatorskins, 890 miles before I got my first flat (today).

i buy the continental road masters. i think thats what there called. there like 20 bucks and they’ll definitly last you longer than than 50 miles. i mash around that much in a day and im on my second rear tire in like 4 months.

You guys suck. I ran on my Randonneurs for 3 months, on all 17 skid patches

at first i thought houdini was responding to the op, but then i read the comment above his.

I don’t skid, but the Vittoria Zaffiro tires I have on my fixed gear are holding up well after 600 miles and 6 months. I just put a set of Continental Grand Prix 4 Seasons on my geared bike and like them enough that I’d put them on the FG when the Zaffiros are worn out. Might even do it earlier since the 28c size is more than 100 grams lighter than the 25c Zafiros.

The Zaffiros are nice because you can get them for as little as $10 at Performance and they wear/ride well. 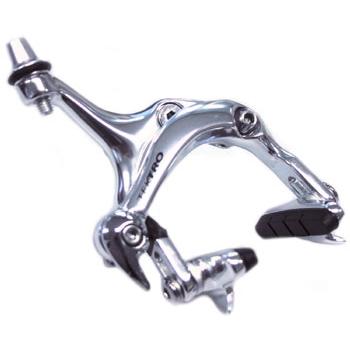 back -> anything cheap.
front -> gators.

my gators are starting to go all “crusty” before i’ve even come close to wearing them out. done multiple tours on the same tyre, and whether that’s a good thing or not… i dunno.

Running a Michelin Krylion Carbon in the back right now. Before that I was running some serfas secas I got for free. They were okay too. My favorite has been Gatorskins though.

Another bike has 23mm Gatorskins front and back (for slightly more puncture resistance). Probably going to change this to 25mm conti 4 seasons.

I have 28mm Panaracer Pasela Tourgaurds on a brakeless fixie beater that I keep at my parents for when I visit. (These tires handle rough rural roads very well)

All are good tires, but perform differently and are chosen for the specific use of each bike.

For best results, use good tires, consider the size carefully, and don’t foolishly skid them to an early grave.

what’s the name of that forum where every other question is like, ‘yo, I skidded thru my tire in like 50 miles! what should I get?’