Starting this up cuz’ training for track and road starts now.

-What kind of training are you doing right now?
-What’s your plan for the upcoming year?
-What are your goals for the year?

Right now I’m on my third week of doing “base” and basically just upping the volume 15% or so every week. Trying out the whole keeping a training diary and setting weekly goals thing - a first for me. Gonna take an off-week around Christmas after week 4, then continue the fun around January for 6 more weeks before the first road race of the year, Feb. 13th. Riding flatland sucks hardcore in the Portland rain cuz windy/no shelter from the trees, so I’ve been doing lots of hills, which I guess means I’m not truly doing traditional base since my HR will stay sustained at 160-170 for awhile on climbs, or even go up to 180, but the whole ride will average out to 140’s area. Gonna start weight training come January… a little late, but fuck it.

Goals are upgrade to cat 2 on track, do something notable in men’s A sprints even though I have no tactics, and get points to upgrade to 2’s on road by the end of the season. I’d also like to break 40mph in a sprint.

I’d also like to break 40mph in a sprint.

I’m curious about this goal. Is that with or without a leadout? I assume flat pavement with little to no wind? What’s your present top speed?

i’ve hit 35 on a sprint with no training or lead out. with some training i hope to improve that.

as far as training, it’s what ever the team does on the rollers. twice a week. tueday is a hard effort, thursday is a little easier. i think i’m going to start doing weights with the weights around the house once a weekend. no outdoor riding coz cold as fuck out. i’ll do a couple of outdoor rides once my nice gloves come in.

Halbritt - With a leadout on the road probably; I haven’t ridden a speedometer on the track and the steep walls/G-forces take a little out of your top speed anyway. At the end of last summer I hit 39.5 with a slight tailwind in the rain and that was the highest I’ve measured, so that’s where the goal stems from.

[quote=trackatino]Starting this up cuz’ training for track and road starts now.

-What kind of training are you doing right now?
-What’s your plan for the upcoming year?
-What are your goals for the year?[/quote]
Cool thread idea.

I am not very serious about training, but I am an aspiring randonneur so mainly I need to focus on endurance, then speed. I am riding 2-3x per week in the mornings with a longer 40-100mi ride on the weekends. I alternate my weekday rides with about 1/2 base miles (mostly flat) and 1/2 climbing. Those rides are usually around 15-20mi, take about an hour or so. I also ride to work everyday and haul my kids around on the Xtracycle/trailer on the weekends.

oh yeah, another goal is to figure out how to use the hr meter for training

i need to start using my rollers on a regular basis.
i’d like to be getting 6 hours of rollers in per week

oh yeah, another goal is to figure out how to use the hr meter for training

Not too complicated… read this and you should be good to go: http://www.cptips.com/hrmntr.htm

starting base, on rollers, mainly. hour of SST (upper zone 3/low 4). weights 2x a week. probably add in 2x20s at threshold 4 weeks from now, start moving to power in the weight room. my base work is being done at speed, trying to keep cadence above 110 as much as possible. add in spin drills probably in february. tabatas and 1 minute intervals around then too. pretty much all threshold and vo2 work. i only plan on doing maybe 3 races over an hour all season. mainly track and crits.

goals this season is get 4>3 track upgrade, and maybe do well in cat 4 track states (not as big a deal as it sounds), and help some teammates in road races. probably do tour of battenkill just because it’s belgian as fuck. mix it up in the sprint finishes in flat crits, help smash packs and leadout in hillier stuff where i wouldn’t threaten anyway.

In memoriam of seasons passed, I did 3 sets of 40 at 60% max on the leg press and a few other apparati yesterday morning after a 1 hour spin class. It hurt so good. I miss training. It was a lot more fun than having unfattening as my only goal. I think I am going to add most of my old base routine in and use it for weight loss since it is a lot of slow twitch/low zone stuff anyway.

Racing:
Now that i have a track bike, I’d like to do a bunch of velodrome practice sessions at least and then possibly try some actual events.

Distance:
I usually slack on full centuries and end up doing metric centuries, so a few 100mi rides would be nice. Probably on on the Pista, but maybe the geared bike.

This season I’m going to start racing again becuase it has been too long. I will be just racing track and maybe cross if I can get/build a bike in the spring/summer.
Plans is to get time on the rollers I’m picking up after Christmas. Also hope it warms up a bit so I can get longer outside rides.
Also need to work on my sprint recovery, right now mine is shit.
Need to get to the gym for shoulders and legs.

There is a few younger guys here that are going to try the track this year with the help of a friend the used to race. His dad is a coach for one of the clubs so we should be getting info soon I hope.

I also need to finish building my track bike.

i have been skate skiing like a mofo. i’ve been out 6 of the last 7 days. it is such an amazing full body workout and really gets the V02 up. plus it gives me a rad upper body until it atrophies during cycling season.

haven’t ridden a bike for days. i’m of the current opinion that cross training is better than biking year round.

my goals are to race the minimum to stay on my road team coz want my 2 LG kits… then hit the dirt and probably do something endurance races. i’m thinking i’d be good at 6 or 12 hour solo stuff.

tonite i get my traneing in…if i can find it. 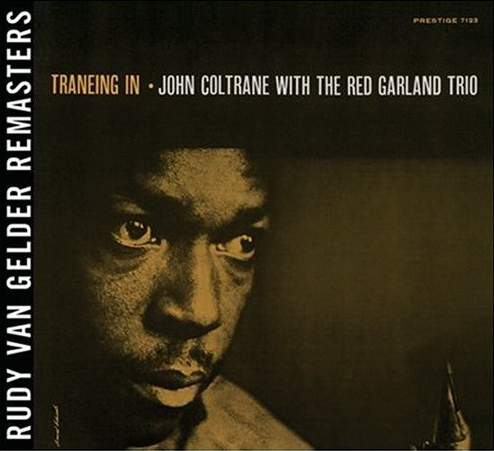 Because I didn’t want to make two separate threads, training for track and road are not all that far different unless you’re strictly into match sprints/keirin/kilo, not everyone on the forum has a home track but anyone can race road, and as a personal fuck you to dutret who shut down my road talk in the 2009 track thread