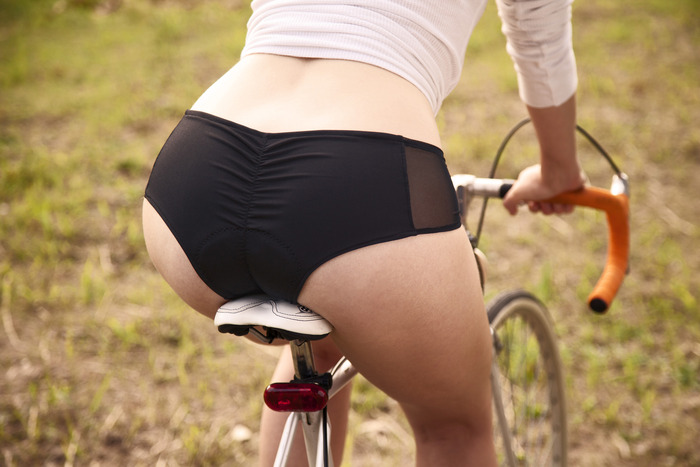 My wife is pro this… so I guess I am pro this.

Do they have my size?

would wear to the saturday group ride.

My own opinion is irrelevant since I’m clearly not the target market but I can definitely see the appeal.

Are they (and y’all) really not aware? I admit, making them slightly more attractive is an idea, but, really? A pad full of sweaty crotch juice isn’t really going to be that attractive no matter what color you make the stripes.

You don’t understand women. Who has that awesome Jordan quote as a sig again?

Oh yeah. The one about leopard print panties or something? EJ’s got it.

My own opinion is irrelevant since I’m clearly not the target market but I can definitely see the appeal.

Not to mention the bi-level panty line through yoga pants.

why the fuck do any of you have an opinion on this?

We have opinions on everything.

We have opinions on everything.

We have twice as many strong opinions, for that matter.

why the fuck do any of you have an opinion on this?

How could you not?

since i think i’m allowed to chime in…

the edges of underwear is exactly where the chaffing happens. sure, it still pads your butt, but this will do nothing for chaffing.

^I suspect this is true. I would try 'em, because I have some chafing issues when I ride in regular underpants/pants, and if they helped with that, then I’d use them, but I suspect they might actually make it worse rather than better.

i also would not wear those all day cuz fill up with labia sweat, and we all know the outter labia skin si the same as ball skin, so it’s moist and sweaty a lot.

Truth. Would be good for if you had to ride around town for an hour or so doing errands, though. That’s what usually gets me - riding 20ish miles around town doing that kind of thing. Not going to wear kit to go to Food Fight and pick up RX.