cyclist of the day that picture makes me want to quit exercise so i can still look human.

there was a dumb ass riding at 10 o’clock at night with no lights on a decently busy road. but thank god for his reflectors on his pedals

those guys scare the shit out of me.

somewhat-on-topic-factoid: to be road-worthy, a bicycle here must have pedal reflectors.

Do I even have one of those?

i think that’s his other leg and the blur of the photo is confusing you.

Thank god, that would have been too beast-like.

Its probably his leg hulking out from the past medical experiments. He had to get out of the saddle to keep it in check.

i wanna see some jackass/badass cyclists ^holy crap that is amazing.

Josh, post the pic of yourself jumping the hurdle in the orange wig.

Josh, post the pic of yourself jumping the hurdle in the orange wig.

Is that a cervelo 'cross bike?

Robbie McEwen is king of wheelies. 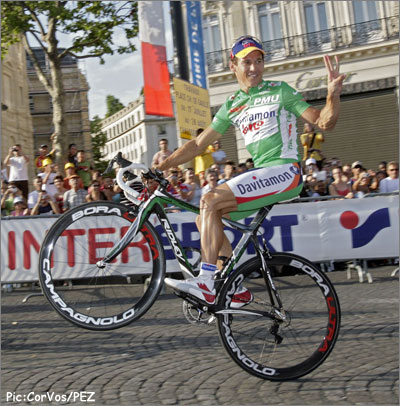