I’ll never claim to be either a reporter or a good photographer, but here’s my report with photographs. Tarck’s not dead, every company had a “street track” type bike and by the looks of it CX will be the second coming of Tarck

That was the theme in a few other booths as well, we wanted to spend $$ but no one in the booth could bother saying “Hi”.

Anyhow, here’s a few of my attempts at photography… 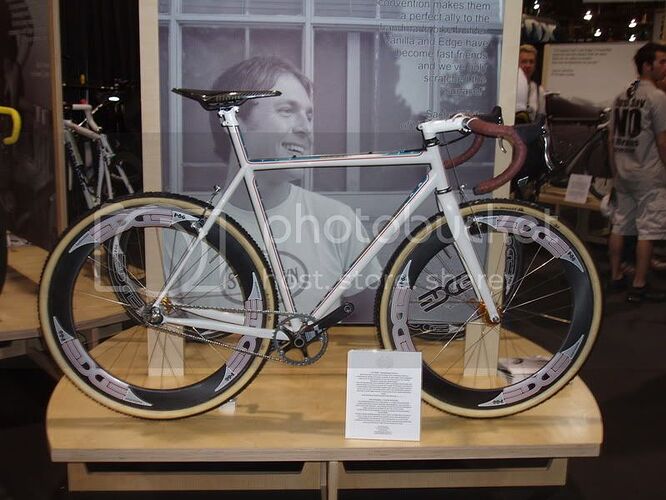 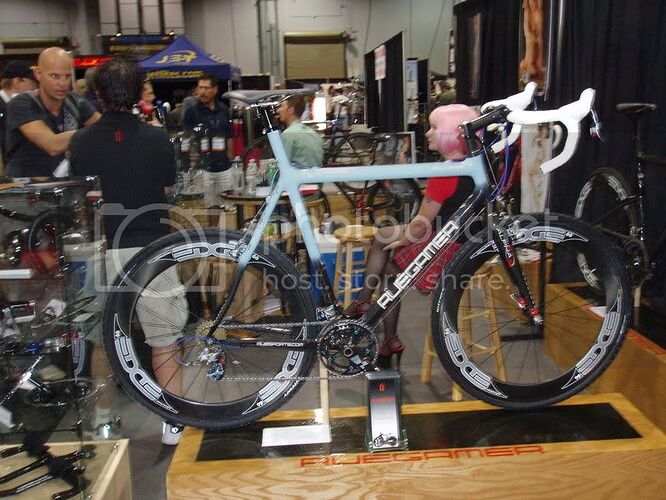 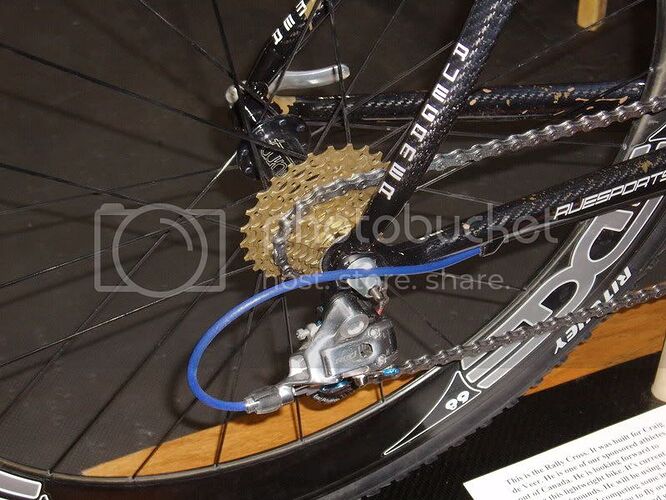 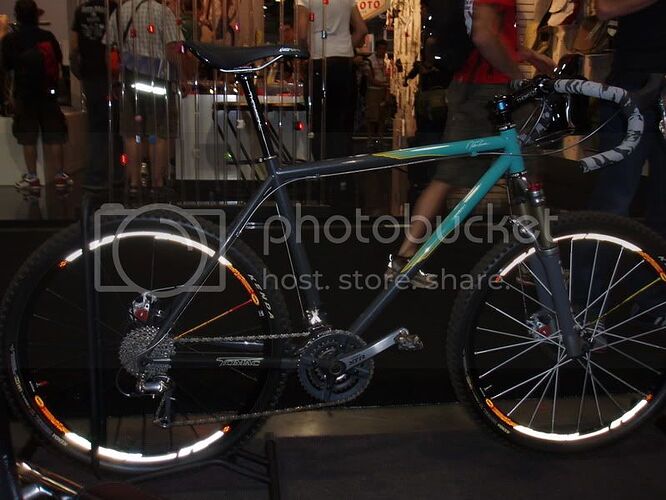 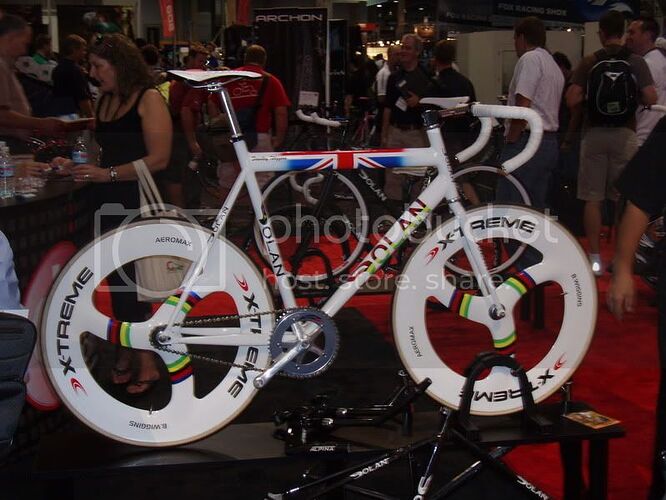 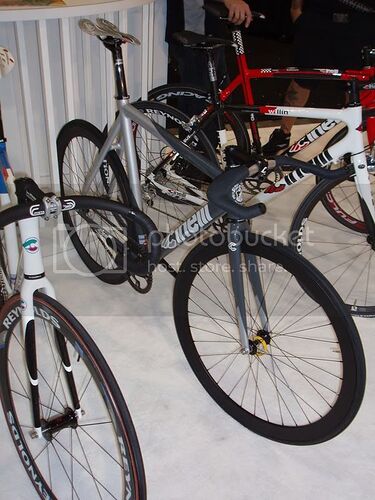 I’ll post some more later, got to get ready for work…

Ugh. I think I want some H+Sons now.

Your pics are better than that shit they put on velonews.com. I never understand how they can make assloads of money off their advertising but not bother to get a real photographer to take the pics. Or at least give descent cameras to their reporters walking the floor.

Welcome back by the way. You had fun?

In an attempt to make this the interbike discussion thread,
This is officially the HOTTEST THING I’VE EVER SEEN: I was thinking that the only thing it’s missing is a good way to attach it to the frame. But, honestly, I wouldn’t want it on my frame for two reasons:
a) I’m wouldn’t take it on road rides and on the commuter it’d get stolen.
2) The effect of pulling that out of your bag at the beginning of a race when someone asks if you’ve got a mini-pump to help them top off their tires is all the more powerful if no ones seen it before. (I’m imagining an Excalibur-like unsheathing with the smoke and lights and angels singing and shit)

It’s supremely functional and looks amazing. So few things satisfy both of those these days. And, no, I don’t care if it’s a bit heavier than my topeak. I’d take stuff out of my bag just so I could carry that.

What the pista did to chrome bikes everywhere, GT has officially done to itself:

that pump is gorgeous.

cx is too demanding for tarck. i feel like most people who decide to try it out have outgrown tarck and would like some real riding. not that i’d know, i don’t race it.

I would like more information about the Tomac with drop bars.

I would also like a mustache count when you have the numbers available.

Why must a Livestrong bracelet be 'round the front hub of that Cinelli? Why!?!

I am sooooo out of it… Livestrong should be EVERYWHERE.

Nothing wrong with Livestrong. Are you really giving someone shit for trying to raise awareness of the fight against cancer?

Nothing wrong with Livestrong. Are you really giving someone shit for trying to raise awareness of the fight against cancer?

I was replying with something along the lines of this.

No, there’s definitely nothing wrong with Livestrong… but putting a bracelet around yer hub? I just think that looks funny, that’s all. Nothing 'gainst Lance’s organization itself.

If you don’t like it, you can remove it in like .5 seconds with a pair of scissors. I wouldn’t suggest it if it isn’t your bike though.

yeah but did you go see the macaframa premiere?

No, there’s definitely nothing wrong with Livestrong… but putting a bracelet around yer hub? I just think that looks funny, that’s all. Nothing 'gainst Lance’s organization itself.

just admit it you hate Lance and all people with cancer, just say it, you know you do.

I’m with the berry here, I think putting the bracelet on a hub is cheesy at best. The worst “original touch” ever. I was thinking about putting something on there when I was building my wheels but the lance bracelet is so damn commonplace that it killed the whole idea for me.