Get me into frame restoration

I bought this De Rosa and I want to restore it, but I don’t know if I should do it myself or have someone else do it. I’m worried that if I pay someone to do it, it will cost a ton of dorrahs, but if I do it myself, I will ruin a De Rosa. Does anyone have any experience in restoring frames? Should I just make a conversion? Also, if I were to repaint it, does De Rosa have a signature color (like Bianchi x celeste collabo)? Gloss white?

I know this isn’t the answer you’re looking for but why don’t you just build it up and ride it as is? The paint damage is really minor. The seat tube chips are the worst and they will probably be covered up with a derailleur anyway.

Thought about it. I don’t know; I guess I just wanted a project really. If the project turned out well, I think it would be pretty satisfying. You are right though, the damage is relatively minor.

at least this way you don’t have to worry about chipping your brand new paint job.

Suppose it was. Then what?

then you file off all the braze ons, powdercoat it and slap some velocity b43’s on that bitch.

just build it up and actually ride it. theres nothing wrong with it. 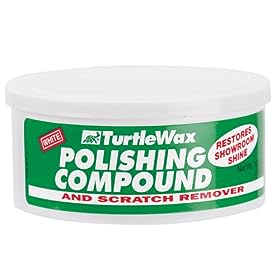 I say ride it as is and restore some skip-tooth hand-shifter with wood rimz from 1890. Have you seen my Philippe from PYB thread? that’s the kinda paint job that warrants a re-paint, not a couple scuffs like yours has.

No, just touch-up paint from the auto parts store. Actually, I prefer to use China Glaze nail polish from beauty supply stores. It dries to a much harder finish and comes in a wider variety of colors. But whatever matches the closest is best.

ITS A BIKE NOT A FUCKING UNICORN

A pro restoration will cost more than that frame is worth.

chipped up frames have character