Bars, SK fenders, center kick stand (drags a bit through corners), some straps for chair, and of course longer seatpost. The bars were the only significant expense. The rest I had or was under $20 per improvement.

Oh and flashy lights in the spokes for night time fun. 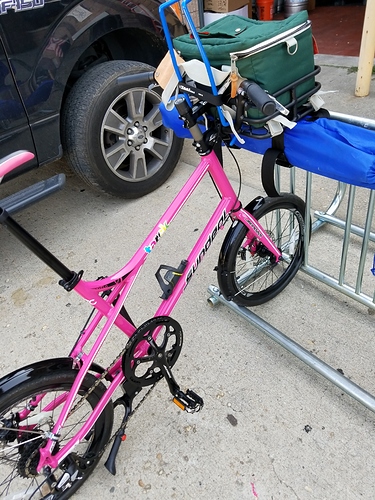 Basketbars, longer seatpost, even longer seatpost, boner stem, BB7s front and rear, pedals. Everything but bars and posts came from parts bin. Had other plans, but it was too small even after the 500mm post, so it got donated to the local bike collective. 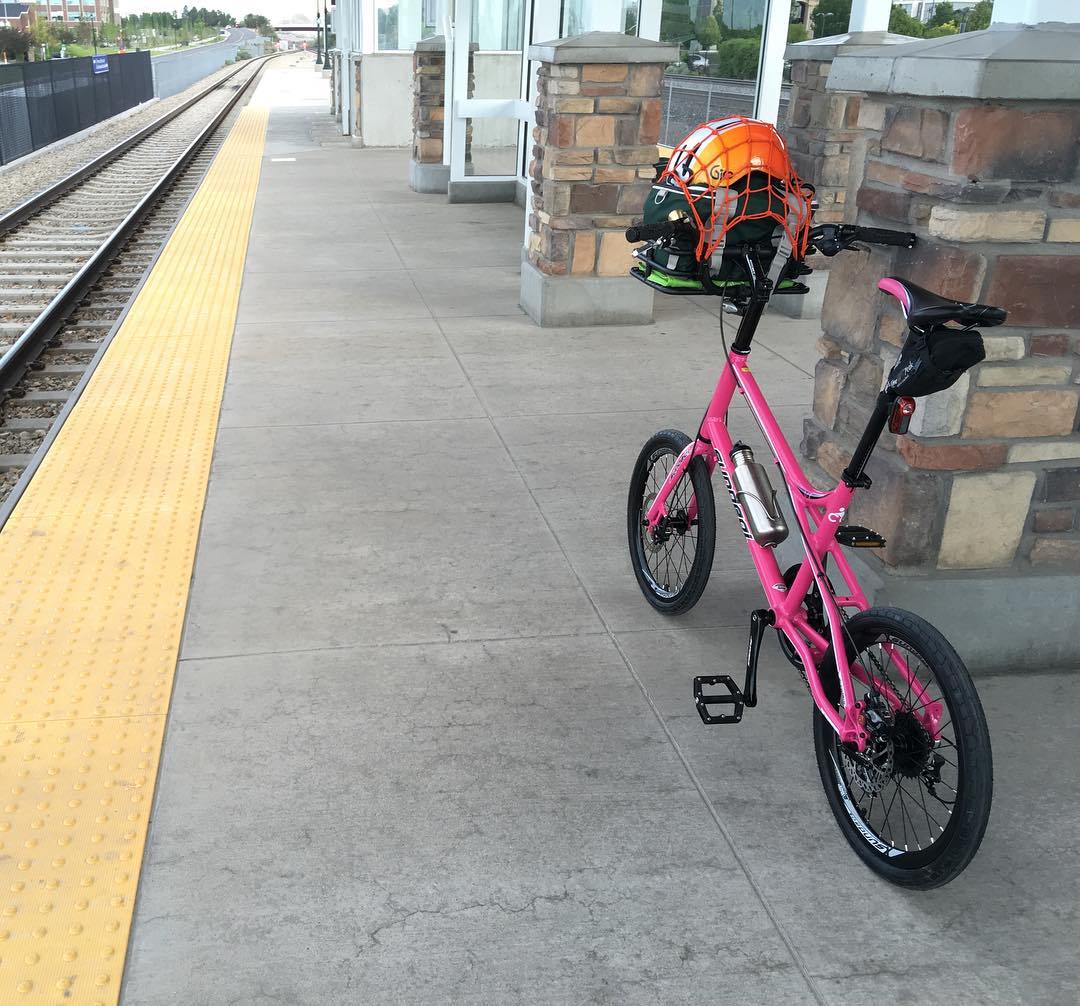 Would love to see the Venn diagram showing the intersection of Sundeal owners and Poler bag owners.

From my observation the final iteration of the tarck sundeal seems to have been ‘donated to co-op’.

Almost forgot. The front caliper mount must be off and my Avid BB7 has more tolerance for that. I had one laying around so upgraded front brake no new cost. 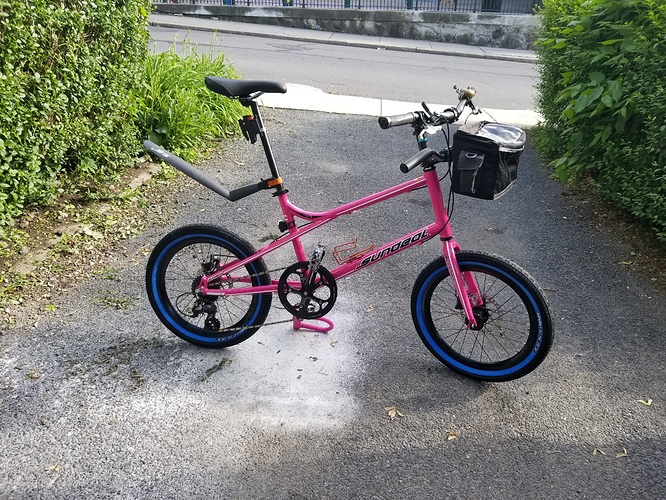 sundeal.jpeg4032×3024 3.92 MB
Got a longer post, double bars, thumb shifter, bell, fredbag, old bear trap pedals and was feeling good.
Then I bought tires that were too big, sanded them down to mostly fit, never finished the job, went to swap on a smaller chainring, found it was 1/8th in and never put the original back on. Its been hanging up like that ever since. Might get it rideable and use it to ride to work in the snow this winter.
3 Likes
BEEutiful_Wednesday August 9, 2018, 1:25pm #6

wait, when did you guys all get these things??

if all yr friends jumped off a bridge

Good thing this bridge is too smalland poorly designed to be of use to anyone.

Good thing this bridge is too smalland poorly designed to be of use to anyone.

Came so close to pulling the trigger, but I already have a minivelo and couldn’t justify another one…yet. 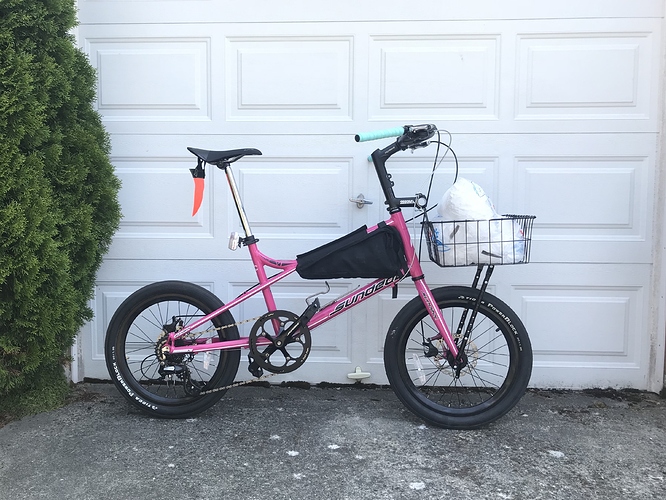 Still getting some things sorted. Gotta reinstall the solid axle. Currently using standoffs for the basket mounts which unfortunately give zero lateral triangulation so loads tend to get pretty lively. Safety pizza because of course. Got rid of the Woodman post because it wiggled in a way I did not like. 500mm cheap post is giving me most of it.

where did you buy these things?? i want one. i feel like it would be optimal for winter commuting although i can’t exactly say WHY i think that

Nashbar was closing them out in their store, eBay, and Amazon. Pretty sure they’re all gone now.

damn it. i need one. 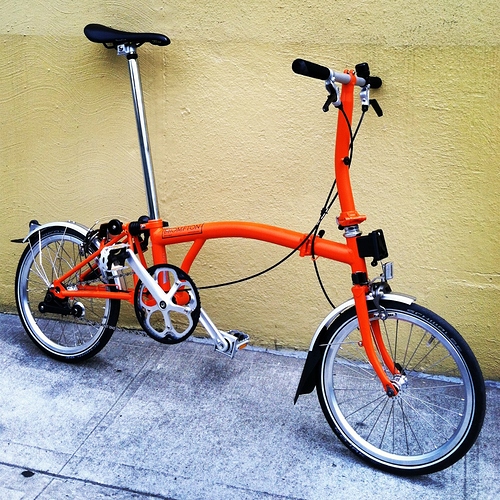 Do you actually have a Brompton?