SOLD Finally listing my Jeff Jones, like, for real 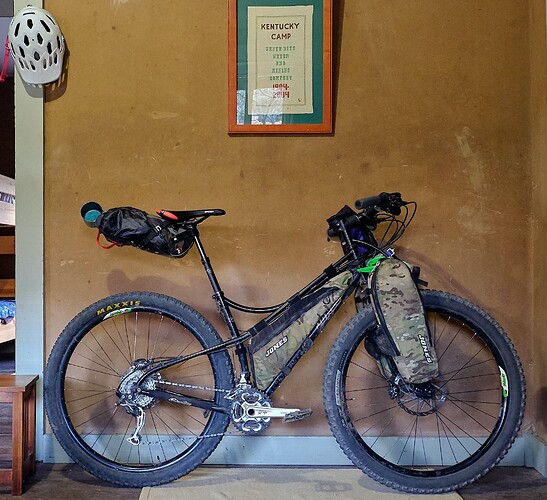 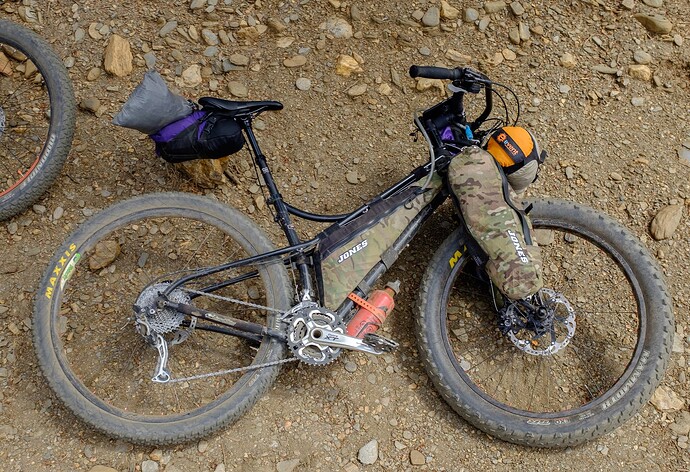 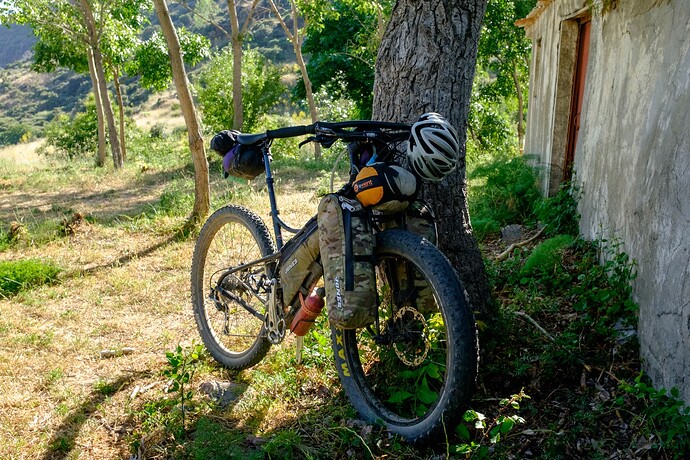 Original “one-size-fits-most” frame. I’m just over 6’2" and I’d probably not want to be very much taller. I bet you could be fine down to like 5’4" (a person of this height has ridden my bike). 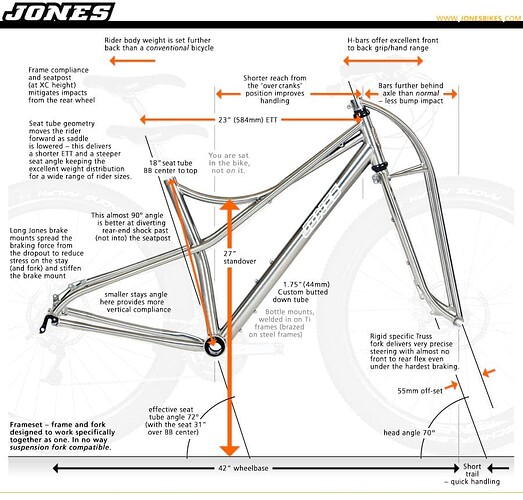 Incredibly fun bike. Adventure-ready, low-maintenance, unique Truss fork/spaceframe design (see links below). Go camping this warm winter or buy a plane ticket to somewhere nice. Would keep it forever if I had the space. The perfect Prospect Park trail bike.

Jeff Talks About the Jones 29 Spaceframe | The Radavist | A group of individuals who share a love of cycling and the outdoors.

Includes three Revelate Designs bags made specifically for the Jones frame and fork: one frame bag and two panniers.

Also includes two front wheels. Both front wheels are built with Paul Black hubs (135mm spacing), a 26" fat one with a Surly rim built by Jeff Jones, and a 29" front with a Velocity rim (Pacenti P35 tubeless), built by Sugar Wheelworks in Portland. See photos for bike set up with each front wheel (depending on what kind of an adventure you’re going on).

-Rear wheel is an XT hub with the same Pacenti P35 Velocity rim, built by Jeff Jones.
-X-fusion dropper post.
-Jones H-bar cockpit.
-Shimano Deore XT triple shifting. Never misses a beat and that little ring is great for when you’re carrying a bunch of camping gear.
-Deore XT brakes with 200mm rotors in the front and a 180mm in the rear.
-Bontrager Line Comp pedals
-Ergon SM4 saddle
-Teravail Kennebec 29x2.6" on the front, Teravail Ehline 29x2.4" on the back. The 26" wheel has a Maxxis Mammoth 26x4.0 tire on it set up tubeless.

@orloved hey look it’s a not old and shitty bike!

It’s great for adventures but also for messing around on your local not-super-gnarly singletrack. I even take it out to ride around the city when I don’t need fenders or to carry large objects. It’s a lightweight step-through cruiser that feels like a big bmx bike.

That’s pretty much how I use (or don’t use lol) my KramPug. I want a Jones partly because I already have the shitty version!

It does plane nicely what with the several thin top tubes. But what you’re really buying it for is the truss fork. I’m definitely gonna regret selling it but I want another full suspension bike and need space & money.

I am certainly tempted

could maybe justify it as having a “one size fits all” loaner bike that isn’t a Katu?

The completely reasonable part of me that’s willing to spend multiple bongs on a bike to ride to work on the few days during winter when the trail is a slushy icy rutted mess instead of driving is tempted as well.

What’s the saddle height in those pics? 175mm crank?

The completely reasonable part of me that’s willing to spend multiple bongs on a bike to ride to work on the few days during winter when the trail is a slushy icy rutted mess instead of driving is tempted as well.

I’m building up a bike for those conditions (hand-me-down H-G frame) and I now WFH full-time! Yours would be infinitely more useful!

It would really fill out the full compliment of winter bikes:

And probably be more fun/useful than a full on hambiek for that once or twice a year I want to ride an actually dirt trail.

Jones does not believe in 175mm cronks. Those are 170mm. I think he was one of the first mtb people preaching short cranks. I bet @JUGE_FREDD knows. Saddle height currently is about 745mm from center of seatpost clamp to bb and 790mm from top of saddle to bb.

Yeah I mean I guess with those ridiculous Jones fenders that could be kind of a fun commute lol. Nothing but willpower stopping the 4" front wheel.

Update: I will ship free to a Tarck person because you deserve it and I want to see photos of the bike being ridden.

Yay now I can stop thinking about it

Yessss, I was about to head out to take some detail photos of it after wiping it down a bit. Instead I’ll go find a box.

I’ve got the 175mm XTR triple crankset already from @jimmythefly

so I think I just need to get a triangular tiny framebag from @BicyclePubes ?

Send me dimensions. I’ve got stupid bags for days.

See clearly this bike is going to the right person. 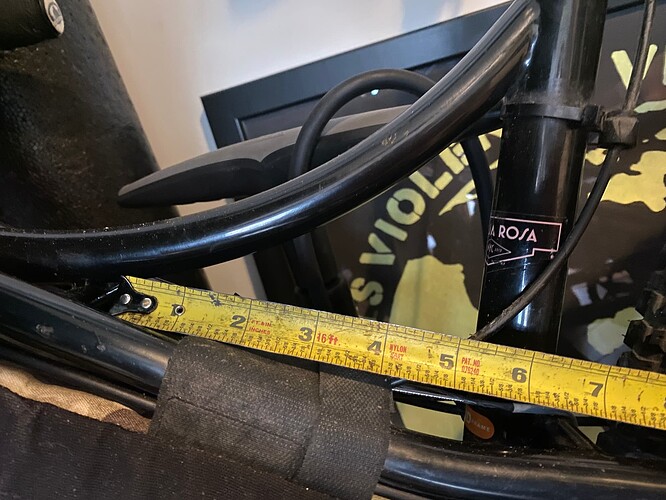 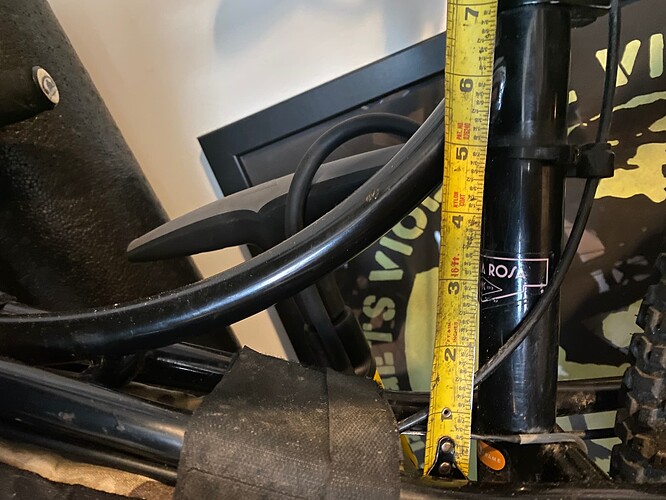 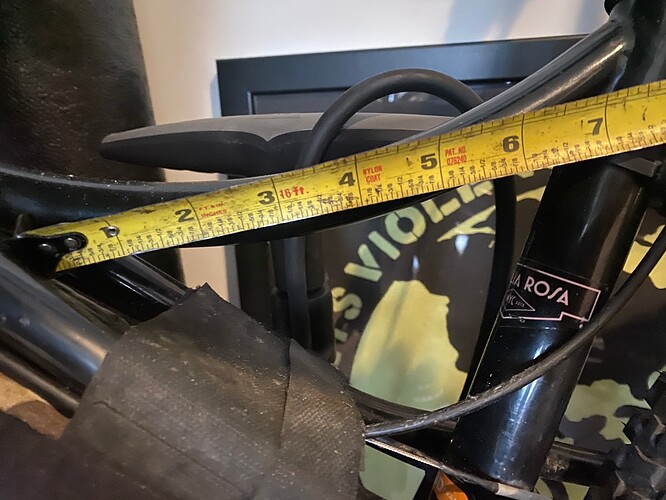 I think it’s ready to leave 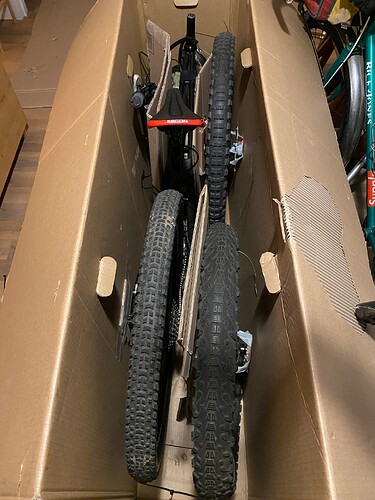 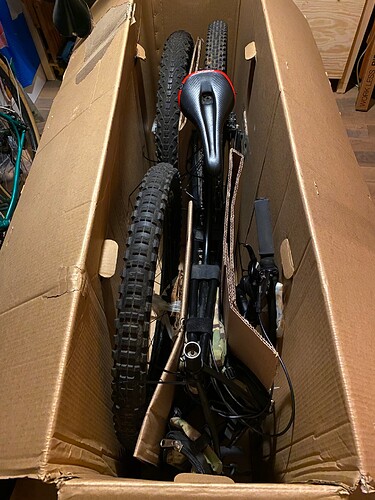