I’ve got a decent ENO wheel in my closet - anyone looking for a deal?

I’ve got a decent ENO wheel in my closet - anyone looking for a deal?

I’ll dig it out later and take a couple pics -

Looks like they have two cogs on the rear - can you squeeze two freewheel cogs on the hub?

get me into these crocs though 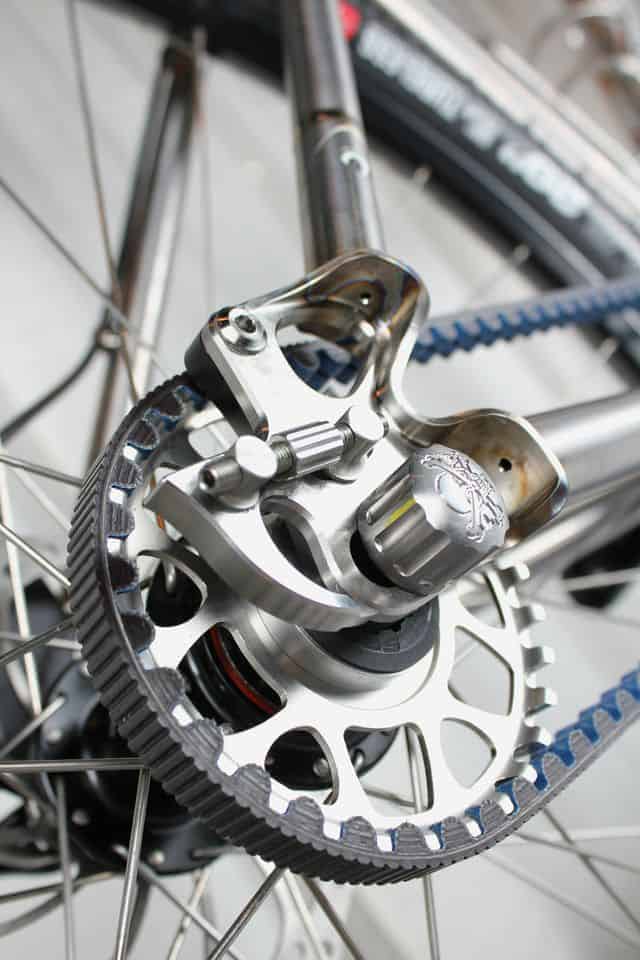 …sion is still usually a bit different. I’ve been thinking a lot recently about the optimal dropout situation for dinglespeeding to allow quick switching of gears - sliders like paragon are great, but the tension screws tend to get weird when they’re gritty. Rockers are faffy without a tension adjuster, trackends need a tensioner with QR and bolt on is usually better than , but requires another tool.

I helped my buddy set up a dingle for when he toured Japan and it worked real good. He won’t remember anything about the ratios but it was rim braked and very easy to swap. Sliding doofers. Edit, deets are in the IG post. 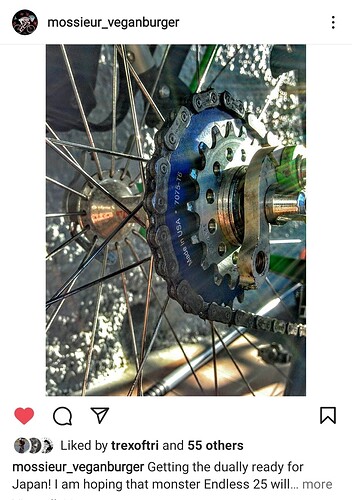 Looks like they have two cogs on the rear - can you squeeze two freewheel cogs on the hub?

That’s not what they’re doing but you can get two freewheels on one hub with some kludging.

I did this years ago for a retrodirect build at the bike co-op.

the rider called this a “double butted framebag” 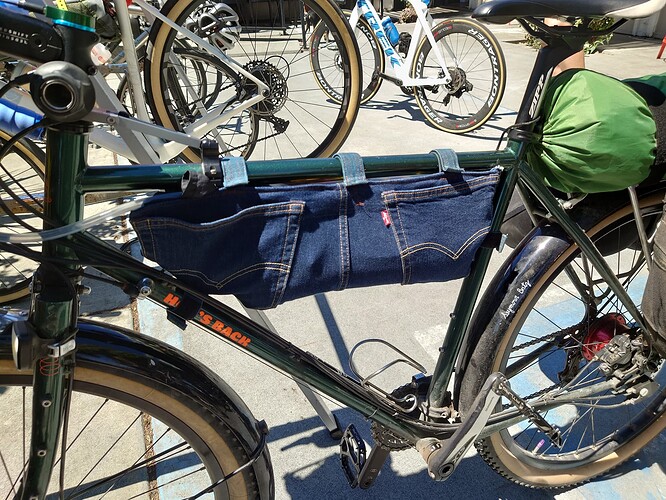 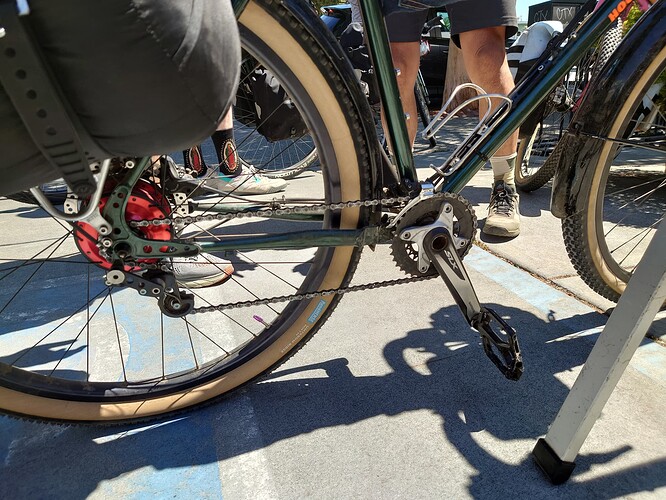 Yes, that’s a Rohloff Speedhub and a MTB double crank

What’s the grip shift on the steerer for? The Rohloff?

Looks like it with the two cables coming out of the shifter.

wth and ja without a doubt in my mind. stem mounted rohloff says i already know i’m headed towards mediocrity so i’m not in a rush to get there

Wouldn’t you end up below walking pace with that gearing? 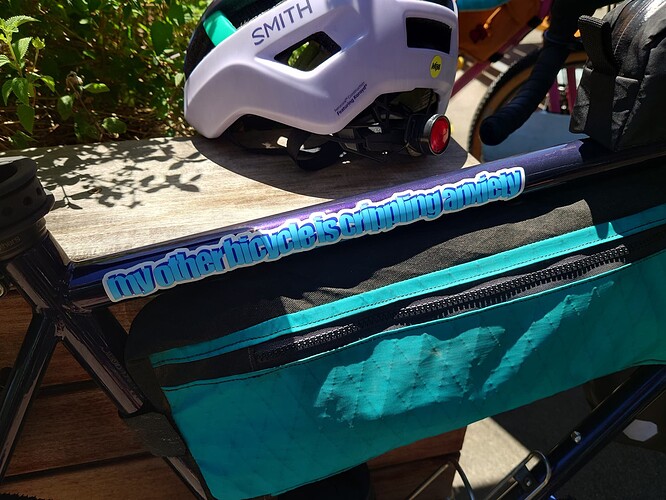 Wouldn’t you end up below walking pace with that gearing?