Seeing the photo of @frank_doktor’s IRO GB frame made me think we need a track bike thread for nostalgia reasons… and to remind ourselves that anything 700x23 and smaller is and always will be trash.

So dig back in those flickr archives or dust off your zip drives and post them up.

Gianni Motta with harlequin bar wrap that took a week of evenings and at least a six pack to finish. The C-Record sheriff stars may be part of my retirement plan. 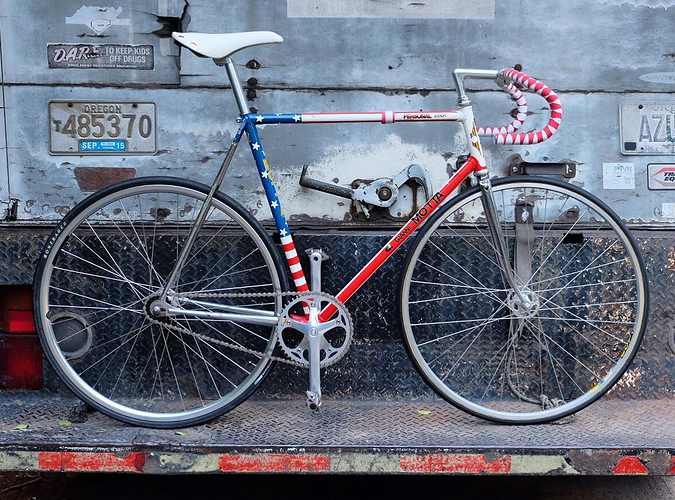 And an OG 1" HT blacked out EAI Bareknuckle. I was an idiot and paid to have the cranks and hubs anodized black… Sugino released a stock black crank a year later. I think Miche eventually did the same with the hubs. 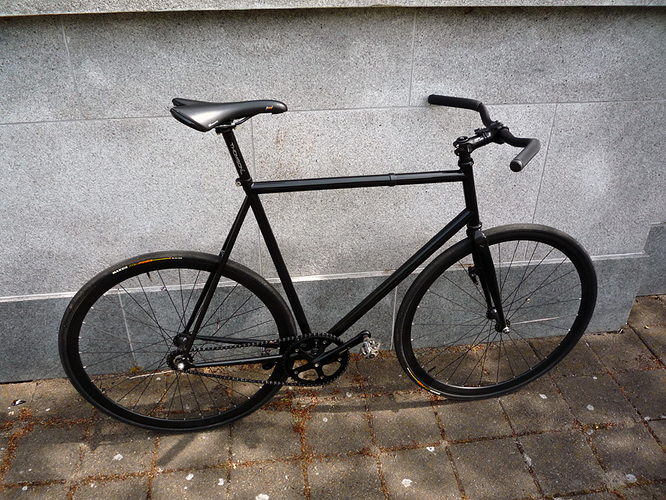 Before these was a janky Nishiki conversion that got me through college.

no need for that since I rode this yesterday: 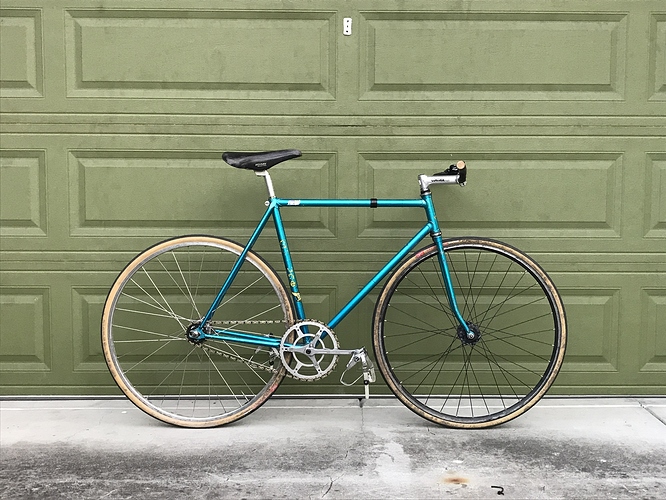 Still have the frame but unfortunately sold the wheel in a cross check partsbin build. 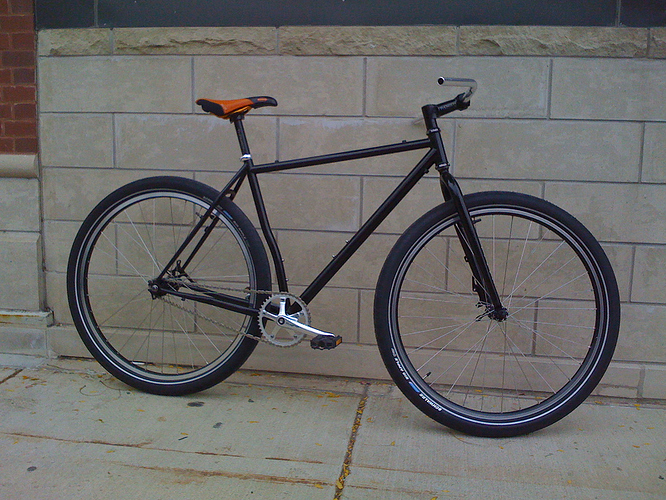 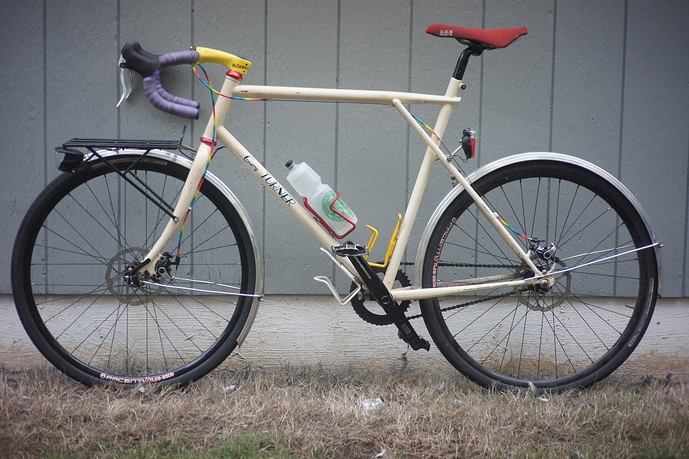 (nds because showing off the then-new trp Spyres)

I’ve had people in all seriousness ask if he’s a Portland framebuilder (He’s making frames again, too, but it looks like it’s just bmx & bmx26, not any triple triangles) and I’ve had to point out that he’s the GT in GT.

But there they are. 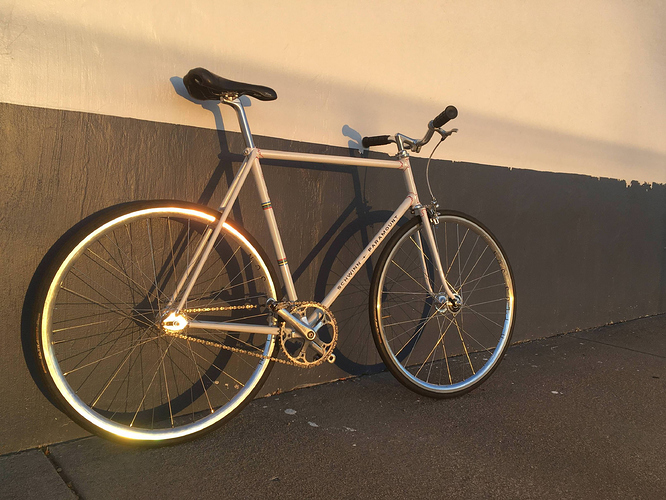 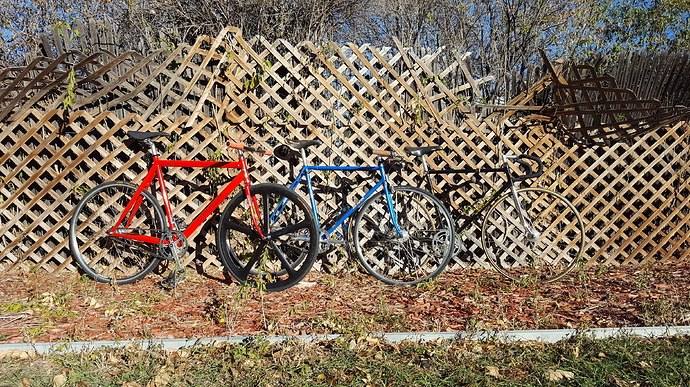 These are all current bikes, planning on keeping them until my midlife crisis, when I’ll be laying my nuts on the stem and throwing down skids like the early 2000s never died

Edit: also, fuck my fence is trash as hell 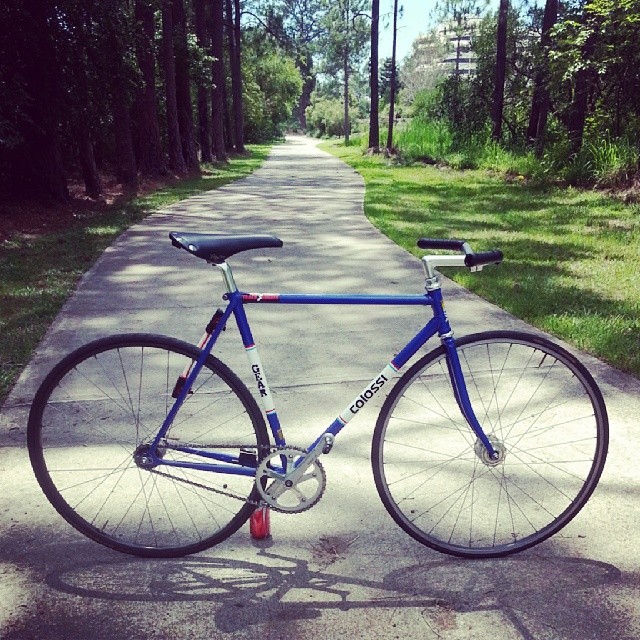 I need to take this to Falun this winter, cut a link outta the chain and glue the tubs. Fucking great bike is what it is <3 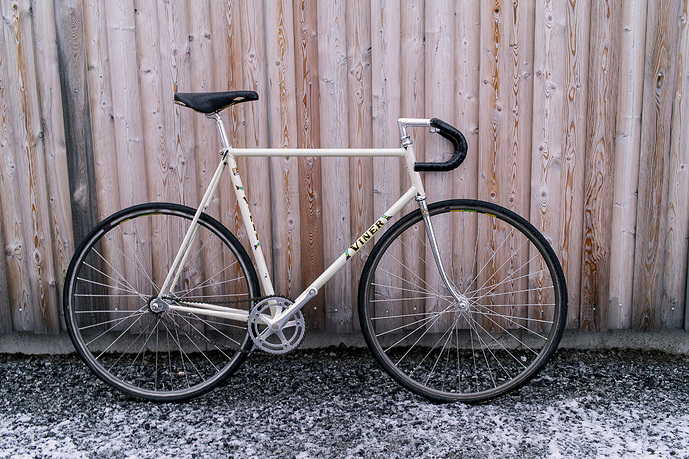 I never had a fixie

Only this Merckx that did ridiculous SS commuter duty for a while. 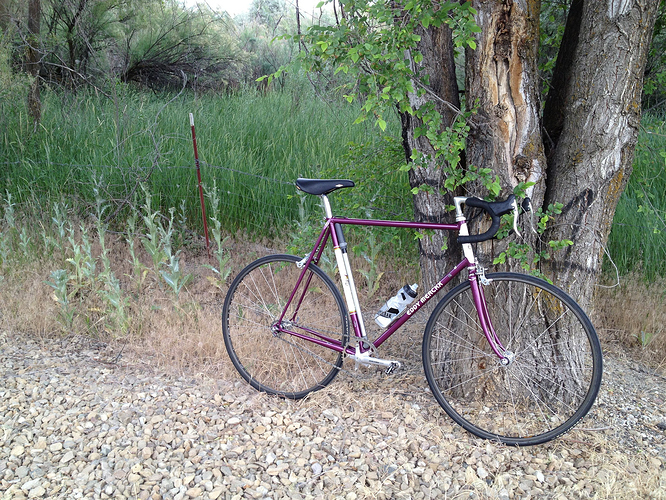 653 Kerry Hopkins that was always a bit big. Sold the frameset at the height of the fixie boom 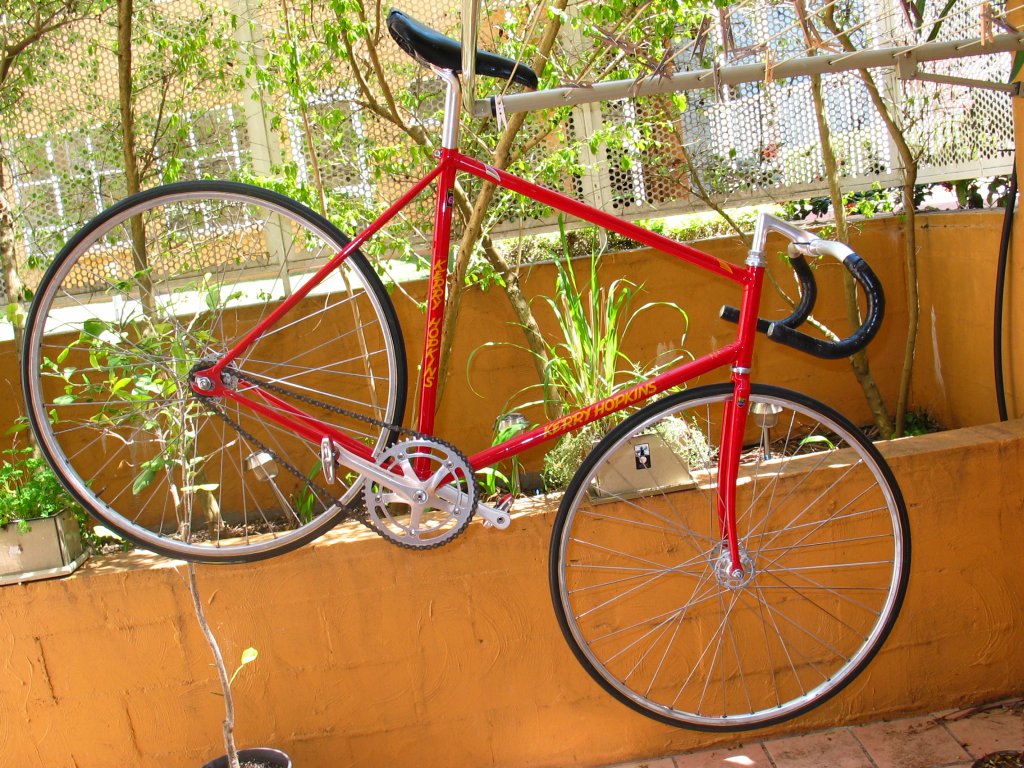 I had a vintage 531 arthur/martha painted frame for a while but it was a bit big. Parted out the 151 cranks and HF NR in the process. 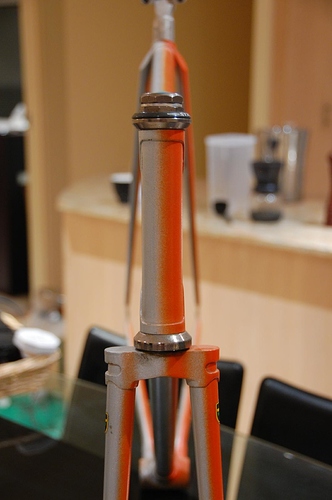 Built this fully chromed frame up for the outdoor track (19T on the flip and a QR brake setup). 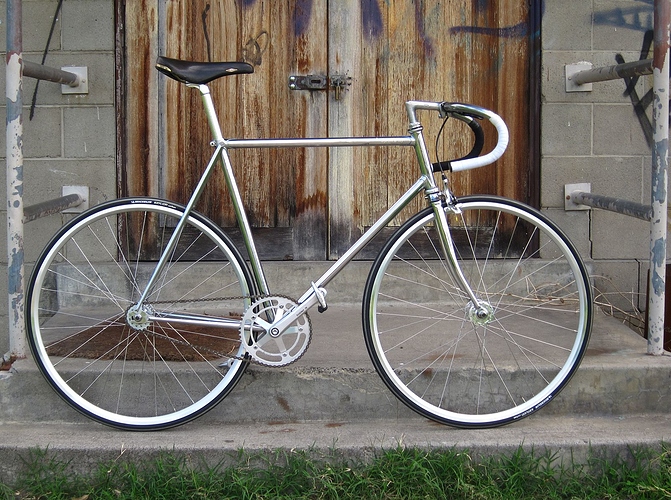 Brain Kenevans was great, sold to a friend who got in a pile up racing it shortly after and tangled with a new build Kenevans and both frames were wrecked. ;( 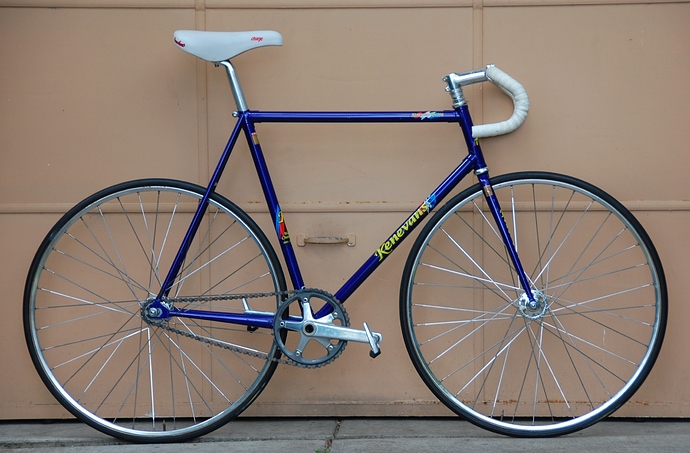 853 Andretton with harlequin paint was the twitchiest of all. Only finally sold it this year ending my sw8 fixie life for good. 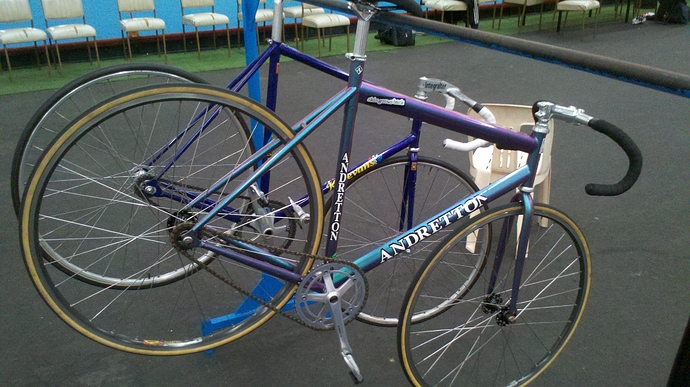 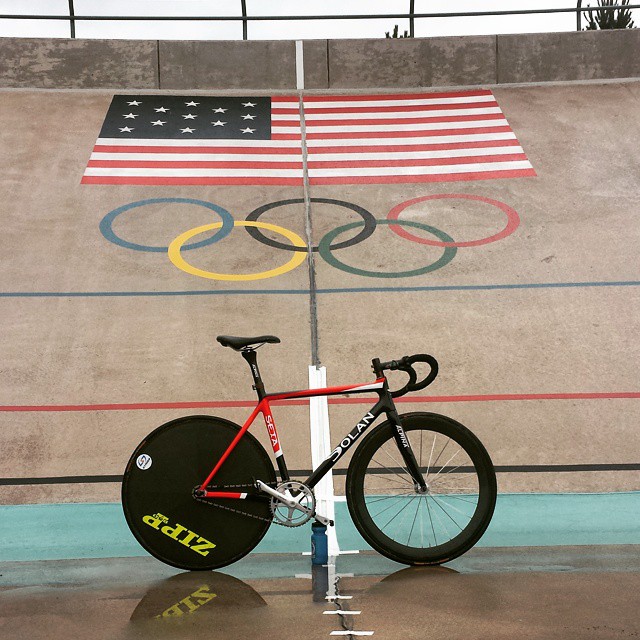 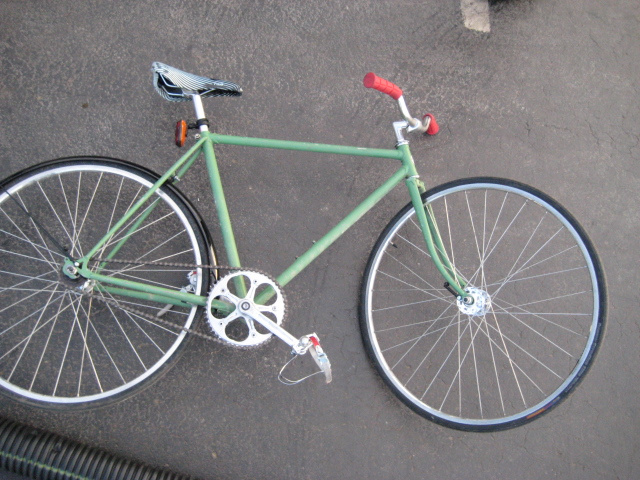 Hell yeah, some Ourys! There is a serious lack of NJS grips and top tube pads in here though.

I found a photo of my original conversion circa 2001 or '02. It had one of those ultra cheap Suzue Basic hubs that Sheldon sold through Harris. I packed it with toothpaste when I first got it, rode for a bit then replaced with grease… I don’t think it really helped. The M646s were responsible for more than a handful of pedal strikes and embarrassing episodes of dragging the bike to the sidewalk after picking myself up. 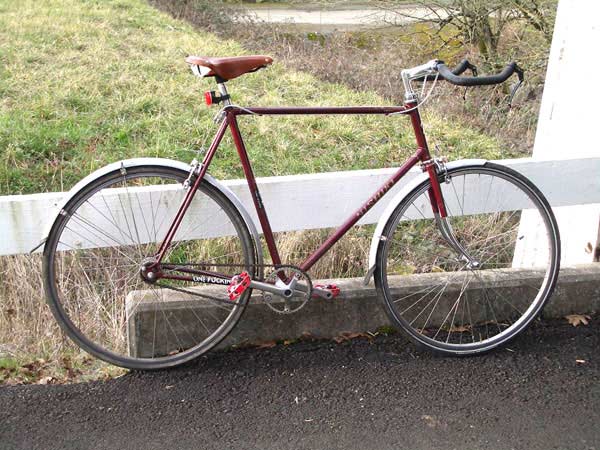 Man, I just looked through some old pictures. I can’t tell if my bikes or my bicycle photography is worse. Can’t find any examples of my sweet fixie when they were in their best forms though…