Can we just discuss all things chinacarbon here? I think folks have a lot of questions on rims, frames, etc.

I have an old XL 29er that’s basically useless to me. I’d like to put the parts over to a Medium frame for my buddy from Long Island to ride occasionally when he comes up. Basically just a random medium hardtail to have around with a bunch of parts bin crap. Looking at cheap hardtail frames, I’m seeing this on ebay and I’m tempted: 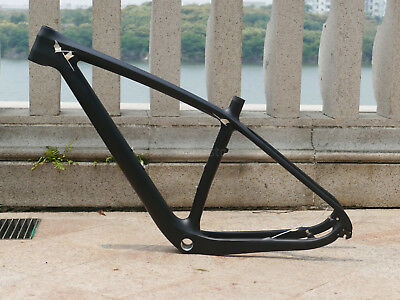 Just go for it? Look around AliExpress for similar or better or cheaper? How does AliExpress work? Do you just order things in a normal way, or do you have to chat with someone and haggle? I have no idea.

aliexpress is just order the thing and it shows up a month later. alibaba is the weird haggle communication thing.

this is a good thread, also relevant and previously discussed are the variants of the Open Up clones

Yeah, I’m kinda curious about the pricing on the carbon FS 120 NS clone too

I am interested loosely in buying one of these frames and painting it goofy as I will do.

I briefly owned one when I wanted to try New England single track. Swapped parts from a broken cannon dale i bought cheap 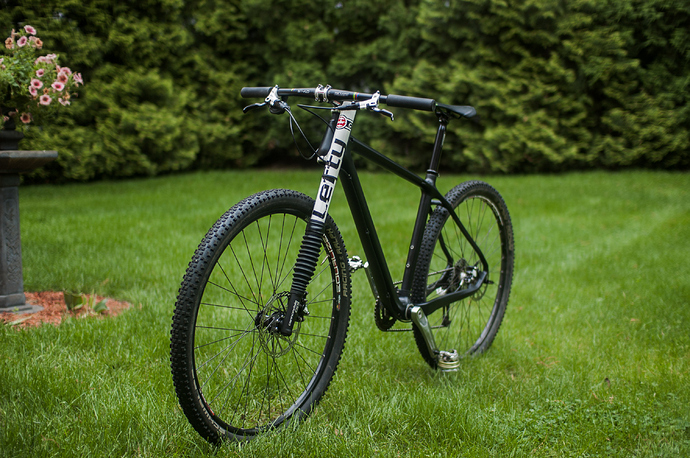 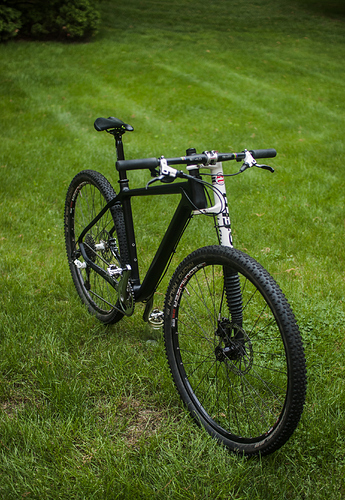 that thing looks sweet though.

Yeah, I’m kinda curious about the pricing on the too

ns is small enough that the carbonada bike is probs the real thing, not a clone

dunno about the super regressive end-stroke. might work alright with an air damper, but seems like even with that combo it would be too linear for a short travel bike

antisquat values are pretty good for pedaling though.

dunno about the super regressive end-stroke.

having a hard time recalling modern bikes with a regressive end-stroke. It was popular for a while to compensate for the inherent progressivity of air shocks - to give a more linear coil-like feel.

However, from ~85-120mm of travel, the leverage ratio increases. This means that as you progress from 85-120 mm of travel it becomes easier to compress the shock. I’m not a usual fan of this because it will make the bike easier to bottom out on a big hit, like a drop to flat. rock gardens and repeated moderate hits may also bottom it out, but that might be more a function of rebound being a little slow, or needing to finesse the square edged hits. Regardless, it will make bottoming out the bike a little rougher.

It would mean this bike can really only use an air shock (which is unsurprising given the intended use and weight of the bike) with a smaller air can - as air shocks naturally ramp up spring rates (function of providing resistance through decreasing air chamber volume and increasing pressure). Comparatively, coil shocks are linear, the same amount of force is required to compress the coil at the end of its stroke as at the beginning of the stroke. So this frame would make your air shock feel more like a coil - predictably the same feel at any point in the travel

That said, this is all conjecture, maybe this bike is a blast to ride. I Like the coil feel on 150+ travel bikes but for shorter travel I think small air cans work best to keep the frame feeling more playful and responsive.

Except in that like 70-90 range or thereabouts where there’s a sweet spot/black hole/whatever?

Like I understand the coil vs air thing. My bike can’t really do coil because the suspension geo is too linear. But what does it gonna feel like to ride a bike where the sus feels like it is close to bottoming out until it suddenly moves freely again. Weird.

the 70-90 range would be linear, but really it’s just transitioning to the regressive portion

I think it would translate to a harsher bottom out since it’ll blow through the last 40-ish mm easier. it might be a better fit for rock gardens, roots, and smoothing out chatter, but I don’t know if it’ll feel supportive for berms, g-outs, and pumping.

Why would someone want a bike that feels bad on the fun stuff?!

I was digging around for leverage ratio on the Scott Spark since that’s about the only similar bike I know of, and they call the regressive part “END PROGRESSION” (the middle is “Supportive” and the beginning is “Sensitive”). Kinda funny: “just ignore that last third!!”

Yeah I guess everything feels all fine and dandy until you hit something hard enough to bottom out and then it is kind of harsh, as you’ve been saying. I assume that in reality it doesn’t feel as bad as the graph makes it look.

You could probably tune it out with the right amount of bottomless tokens, right?

Yes and tell me about it when you’re done.

I’d rather not have the bike buck me off every time I took a big hit because I’m a dingus.

Yes and tell me about it when you’re done.

With the leverage ratio as is, it would be more like your butt being impaled on the bike every time you took a big hit–like you suddenly lost air in the can. With the right amount of tokens it might provide enough resistance to counteract this suspension design. I think?