We live in a small pseudo-subdivision that has an elementary school in it, and only one road leading out of it. Getting in or out of the subdivision on weekday mornings and late afternoons is basically impossible.

We live across the alley from a school and it’s hard to get in or out of the garage from 9am-10am and 3pm-4pm because of the flood of like a thousand kids and parents walking to/from the school.
Roli’s school has a long car drop off line sometimes and I always ride past the thing and park my bike in front of the front car while making eye contact with all the waiting rubes.
Since I started doing that, some of the other cargo bike drop off people have been emboldened to do the same and now there’s a little clump of cargo bikes there every morning.

but that can be pretty iffy until you’re old enough to navigate public transit in a major city.

DC never had schoolbuses except for paratransit

Instead all children got public transit fare at either half-price or free, with special coin tokens for the bus and pink farecards for the subway

I took the subway to junior high school at 10 years old. A year later my then 9 and 5 year old brothers switched elementary schools and started taking a city bus instead of walking two blocks to the neighborhood one I went to.

im not sure what dc public transit is like but from what i gather philly is worse than most in several regards. that said, my mother was ridiculously overprotective. i liked taking the bus even if i almost got jumped a few times a year. more at my highschool than my k-8 though. my hs was in the hood and we were the nerds

I also rode public transit as soon as I was able. There was a bus stop a block from my house and one directly in front of the school so it was really easy. My mom drove me before that.
Chicago also had special student tokens which were brass colored and slightly larger than the silver full fare tokens. 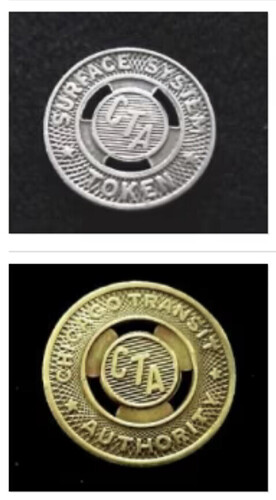 In HS I rode my K2 Shovel 3 miles and parked in the band closet. Kids on the passing busses would holler Hey Jake!! out of the open windows and in my memory it still feels like a long ride. 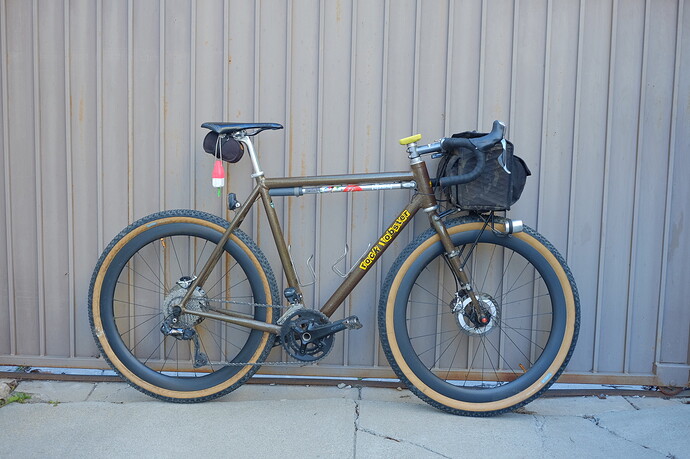 With apologies to @jawn_doe and @Dickason_Daniel , some glamour shots because I got this thing all cleaned up for the LA Tourist, where it will get filthy again.

that looks so dope…
I want some carbon rims.

carbon rims and inserts are the way to enlightenment

…I also rode public transit as soon as I was able. There was a bus stop a block from my house and one directly in front of the school so it was really easy. My mom drove me before that.Chicago also had special student tokens which were brass colored and slightly larger than the silver full fare tokens.

philly had student tokens as well. i think i have a reg token somewhere, but i do also have a PTC token that @Orc would probably get a kick out of 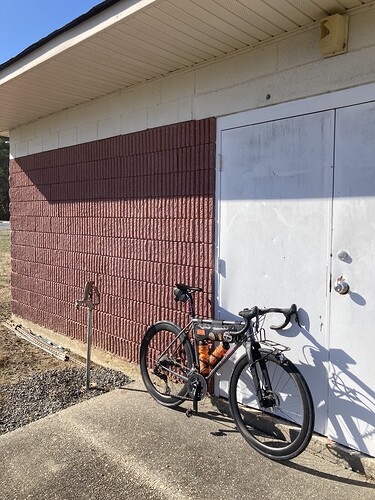 Broke down and put some skinny* GP5k tires on for some road rides after much handwringing and consulting rolling resistance data.

carbon rims and inserts are the way to enlightenment

TF is an insert?

2023 is the year of putting 28-33mm slicks on CXish bikes mark my words.
By summer it will be fashionable to run skinnier rubber on mixed surface rides.

Also just functionally you need less rubber if you have inserts

Also just functionally you need less rubber if you have inserts

I still can not get down with inserts I think its bad memories of installing them for enduro bros when they were new tech. Have they gotten easier to install?

Always said if you ain’t touching rim once a ride you are running too much air in them tires.