Help me build up this weird frame set. Pedimoto. Rohloff...

I sold at the New York bike jumble yesterday and when I arrived at 6AM this frame set was crammed in with a bunch of run-of-the-mill complete bikes. The guy said it was built by Pedimoto and a quick google search proved that. I gave him 200.00 for it and now I want to build the damn thing. It was built for a Rohloff which I’d rather not fork out the dough for considering I have plenty of parts to build it.

So, the dropouts appear to be paragons. The Rohloff dropout that attaches to them seems to sit lower than the paragon dropout with a derailleur hanger. Is this true or does it just look that way because it’s so much larger? If I can attach the paragon derailleur dropout, I’ll just have to get creative with cable routing and I think it will work out. Or am I missing something about a rohloff specific build that might keep me from succeeding? I already ordered a clamp on cable stop for the chain stay if that plan does work out. Also, what about fender mounts for the rear? Would this have been part of the dropout or will I have to use P clamps…which would kind of be a shame.

Besides that, the frame has some awesome details including full internal cable routing (debatably rad) and internal routing for dynamos, a lot of tire clearance and superfulous cool details and curvy bits. One kind of cool/kind of shitty thing is that it takes a quill style seatpost so I’ll be tracking one of those down or making one.

Any insights and opinions into building this thing would be much appreciated. 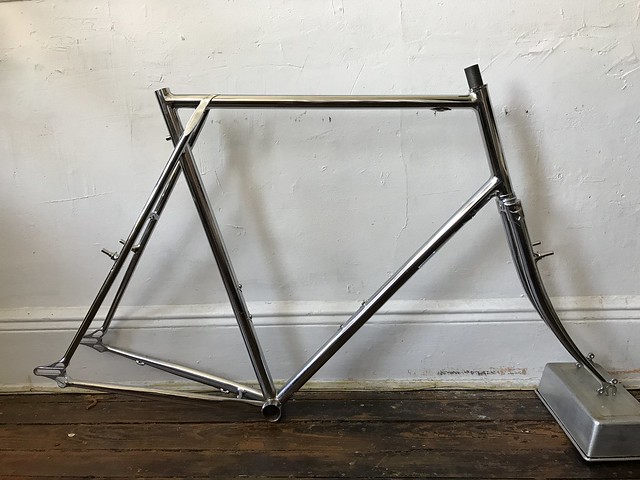 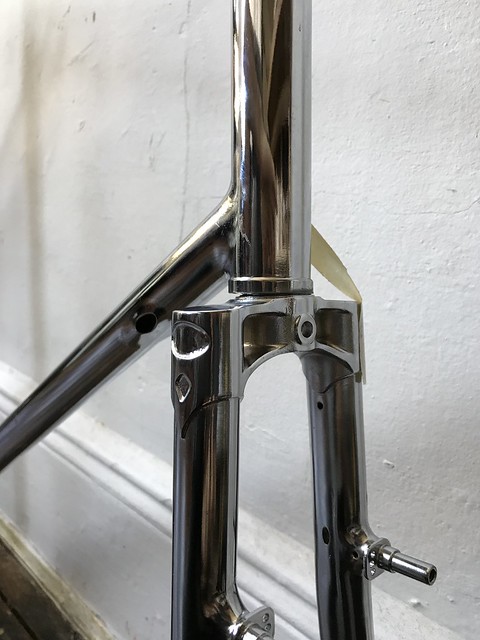 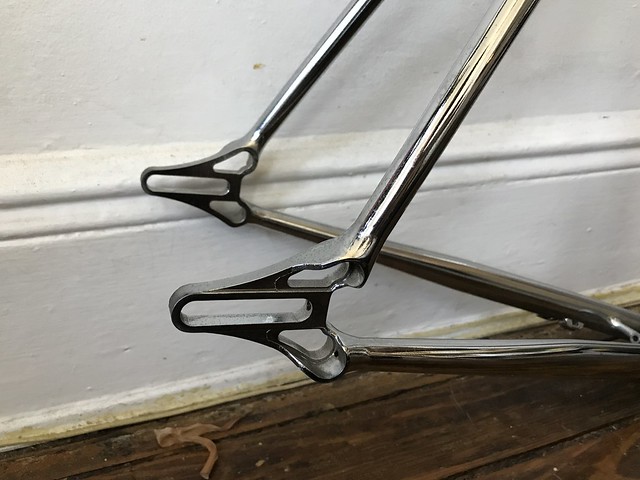 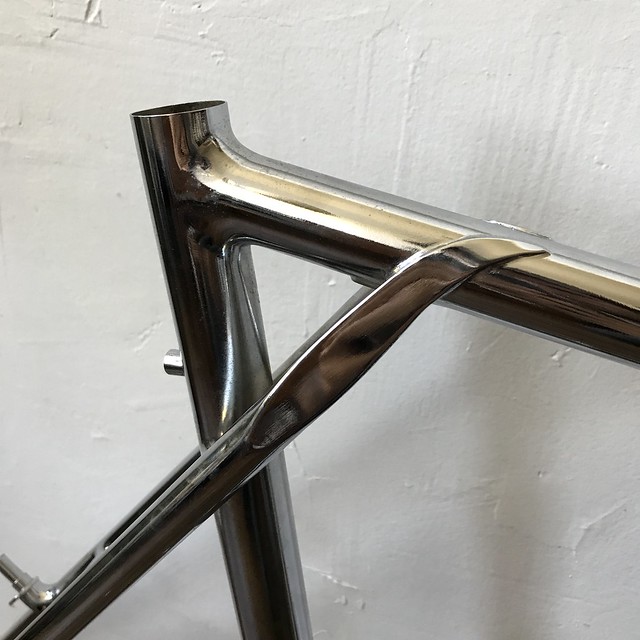 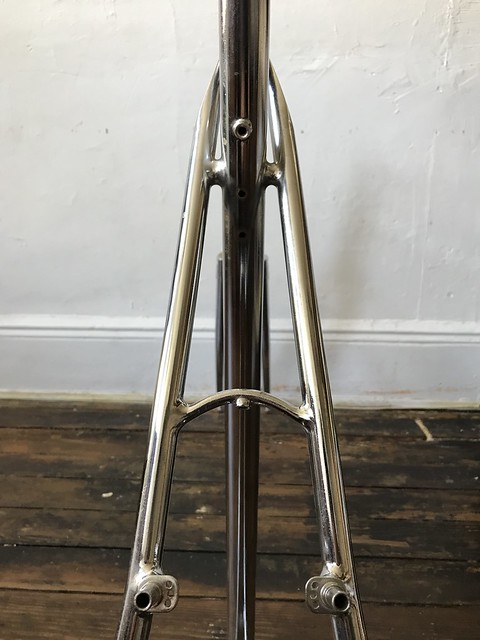 Those aren’t Paragon - they were sold by Pacenti a long time ago. The inserts might be interchangeable but I don’t know for sure. They were probably made by the same factory that makes the IRD dropouts so you might be able to use those inserts.

I remember a bunch of pedimotos being on ebay a few years back, all with that hellenic stay treatment and lots of internal routing.

Just turned this up, seems the builder is a bit sketch
https://groups.google.com/forum/#!topic/internet-bob/TU5FYk8q2Fk

[quote=Blakey]I remember a bunch of pedimotos being on ebay a few years back, all with that hellenic stay treatment and lots of internal routing.

Just turned this up, seems the builder is a bit sketch
https://groups.google.com/forum/#!topic/internet-bob/TU5FYk8q2Fk[/quote]

Edit: went ahead and bought the inserts for a derailleur from paragon.

omg those ibobers are insufferable

I sold at the New York bike jumble yesterday

Oh shit I totally saw you. I don’t have any insight for builds, but I’ll be following this thread.

Actually, I bet this hilariously overpriced rear light would look great on that frame:

Well damn. You should have said hello. Or are you now recognizing me because I had this frame?

That’s essentially the light I’d like to have, but that price is bonkers.

This taillight requires a dedicated braze-on (included). It cannot be attached to a bike that does not have a braze-on for the taillight.

Yeah, I just remember seeing that bike from the other side of the crowd.

I’d slot the seat tube and use an external clamp.

does anyone other than bmx companies make quill posts?

EDIT: I just realized I’m not even thinking of the right thing. I’m thinking of bmx posts that the rail clamp is adjusted through a slot in the seat. So not even the right type of seatpost. Now I realize I don’t think I’ve ever seen a quill seatpost.

I’m not sure if we are talking the same thing, but you can get a post, that has the same internals as a quill stem. They are as heavy as hell with a big steel bolt and a wedge. Pretty sure they are on Ebay, but may not be in the appropriate width. I think mine was 26.8 mm .

Lol throw the frame out and get something with disc tabs

Yeah, because you can’t ride bikes without disc brakes. And this bike sucks for 200.00. And hunting for bike parts or making them yourself is a total bummer.

It’s weird that the rear boss that looks like it’s for a tail light isn’t mitered to be parallel to the ground. Could that be there to hold the seat post like the old Peugeots?