It's Electric! A thread for e-bike things.

Ah that is sort of interesting. I don’t have a throttle on mine since I only wanted to use the pedal assist. The assist tops out at ~90rpm at the pedals, so I’m always shifting gears. Never considered that you could just seriously spin out the gears on a bike with a throttle.

Yeah. I thought it was strange that the motor is happy to spend much much faster than 90 rpm. It’s almost a negative in my opinion. Since it doesn’t help us as humans that we can’t spend that fast 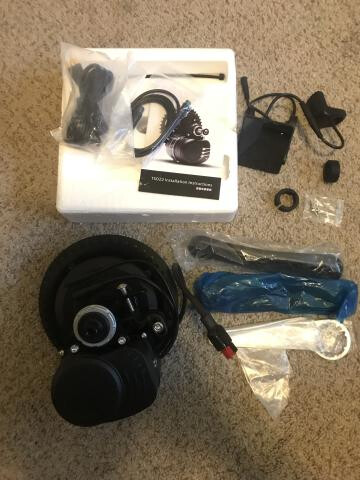 Did you hurt your legs?

The Washoe Zephyr is a seasonal diurnal wind which occurs across western Nevada just east of the Sierra Nevada mountains. It blows primarily in the summer from mid afternoon until late in the evening from the west to southwest, becoming quite gusty. As the terrain is generally arid, the Washoe Zephyr typically lifts a considerable quantity of dust into the atmosphere. The Washoe Zephyr runs contrary to the usual pattern of diurnal mountain slope winds (upslope daytime, downslope nighttime) and t...

Grew up there. Just busting balls.

Seriously considering doing it to my pugsley

theres no other reason to own a pugsley. do it.

But pubes, you can switch the wheels

Even more reason to do it. Mid drive motor with two SS gear ratios. 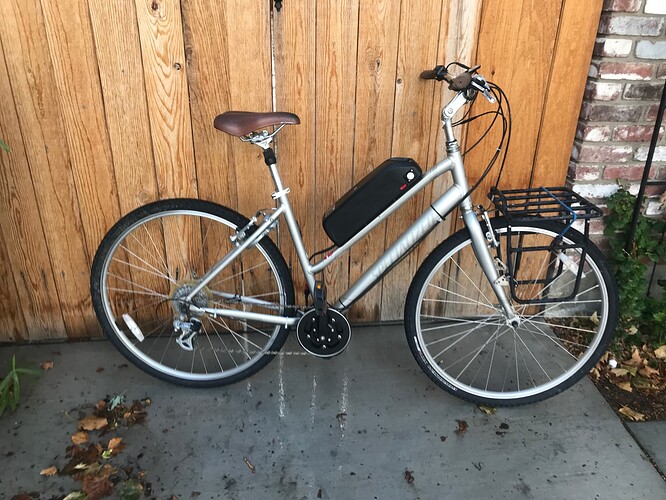 It’s rolling, going to move the battery to a rear rack I think. Boost 4 seems crazy fast. BigAnt crate is on the way.

Rivnut the battery between the top tube and the down tube

Not enough room or it already would be there

sup nearly owns this bike finally
https://www.rei.com/product/190640/co-op-cycles-generation-e12-electric-bike
I have a sneaky feeling that its speed/cadence, which i would want to resolve by making it torque sensing. does that head unit seem like it would play nicely with switching sensor type? all my e-bike experience is bosch and shimano, so i’m out of my realm here

It’s rolling, going to move the battery to a rear rack I think. Boost 4 seems crazy fast. BigAnt crate is on the way.

What firmware do you have?

My only other comment is to keep a 8mm hex, lockring tool, and square taper tool on you until you know the motor isn’t moving around lol

I got it from Eco Cycles so it’s the Open Source one.

Okay cool, mine is running their “Eco+” firmware on a SW102 display