Having reached the peak of my training tech ambitions a few years ago, I am now shocked, shocked to find that new speed sensors for my Polar spedo/odo/HRM may not be easily available anymore. Seems pretty simple to make the same damn speed sensor for every generation of new models, but I guess it seemed pretty simple to put a replaceable battery in there too.

I don’t want a satellite-driven wayfinder or anything more than a speedometer/odometer with heart rate. Cadence monitoring is fine but I won’t use it. Looks like Cateye and a few off-brand manufacturers have something like this, but it’s pretty hard to tell what will work and what is just leftover product that will disappear any minute now. Any suggestions on a good sustainable option? Should I just keep buying 50 doll hair speed sensors from Polar and hope they are compatible?

Yes, thanks for all the advice for getting a power meter and joining the current iteration of reality. This is another deadender thread, so git off my lawn…

Buy some cheap fucking thing off rei clearance and return it if it sucks. Also I have a complete 9sp wired shimano flight deck computer and wires if you want 'em.

Looks like the Cateye Micro has been the same for about 15 years.

Cateye actually just changed their designs, after like 15 years. But yeah, their Micro Wireless is the basic computer that every bike shop has been selling for over a decade now. When I worked for a Specialized dealer, I was very happy with their SpeedZone Sport Wireless - easy to install, simple configuration, intuitive operation. But yeah, just walk into a bike shop and buy something from a reputable company, nothing Origin8 or anything.

For the love of god, DON’T buy anything Polar. I’ll be shocked if that company survives another two years.

The Polar stuff can be really wonky. I found a bug in their portal/re-live software where the cumulative altitude would be off by ~300% in some cases. Turns out they were converting between imperial and metric units, and missed at least one conversion in one of the views/reports. I wrote a very detailed bug report complete with screen shots, etc (because that’s been my job for more than 20 years), and sent it to them. To this day I don’t think they ever fixed the bug.

Fuck Polar. I am amazed that company is still around after decades of consumer unfriendly crap.

Fuck Polar. I am amazed that company is still around after decades of consumer unfriendly crap.

Thanks for the input–I liked my Polar setup at the time because it was simple and did only what I wanted it to do. Dropping $$$ for speed sensors was a drag but by the time that came up I had it on 3-4 bikes. The current GPS-engorged options are just too much commitment and the smartphone as cyclocomputer concept makes my tinfoil had itch uncontrollably.

I know you don’t want a GPS, but why not a super basic one like one of these guys? 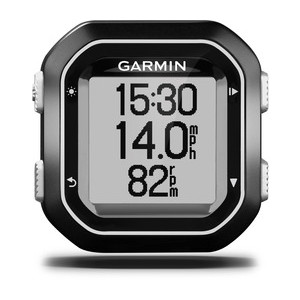 Edge 25 can capture essential stats from your ride, including time, distance, speed and heart rate.

the bummer about moving away from your polar is that nothing else will work with that polar HR strap since polar never gave in to ANT+ like everyone else did.

send it to b-roll to test!

I’d be happy to if Polar would actually provide a sample.

speaking of dead end technology.
Did I magically become an RCOG moderator?
There was 4 items of spam and it let me deny them. are german gamins still stupid cheap?
i got a touring for like $200? and pirated maps to put on it.

are german gamins still stupid cheap?
i got a touring for like $200? and pirated maps to put on it.[/quote]

Battery life Up to 8 hours

That would cut it close on many occasions for me.