The thread for your normie bikes for your fronds:

You have a friend or co-worker/acquaintance, they want a bike that won’t break the budget but you don’t want to scare them with your bike nerdiness. What do you tell them to get? 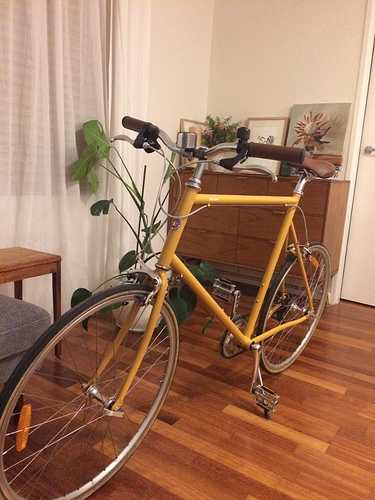 TOKYO_BIK768×1024 162 KB
Friend purchased a second hand tokyo bike too big for herself. Eventually slammed the the seat post into the seat tube, and found the tyres were balding, also 650c

Her aesthetics are modern mid century Scandinavian design. Do I tell her to get a #basketlyfe mixte?
asterisk November 12, 2018, 11:28pm #2

I’ve sold a few folx looking to try out bikelyfe on either a Kona Coco or whichever Dew model matched their budget. The local dealer was good about keeping both in stock.

How do you convince friends that 1,000 bongs for a bike is a good deal?

No one I’ve ever known that wants bike advice has any consideration other than price so I just give them the corp login for Diamondback/Raleigh, tell them to order whatever one they think looks the prettiest and I’ll put it together. It’s worked out ok twice so far.

I just tell people to buy a Jamis coda and they have all been happy. It’s a good blend of cheap, practical and reasonably good/non-technical looking. I don’t think they’ve updated the frame and fork in at least 10 years and I hope they never do.

Plus it’s got plenty of warts for racks and fenders if your friend starts getting nerdy.

But a lot of brands have a functional equivalent of that. I guess it’s more important to recommend whatever bike they sell at the commuter-friendly shop in your neighborhood.

Yeah I always go for the coda. Rim brake model if they aren’t adamant about discs. Always works out.

I was gonna suggest the Kona Coco too. I love that 650 is coming stock on bikes now.

Not just normies. “Cheap” is why I started making racks and frames. 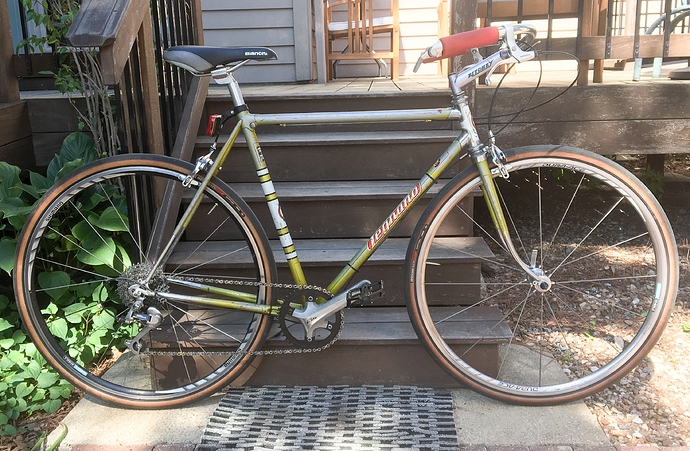 Get an old frame and do a pseudo riv build on it. This is supbiek and she loves it.

Is the seatpost binder underneath the top tube?

You bet it is!

I did that for my brother and it’s cool, but the mishmash of parts bin stuff is definitely more work to keep going than a brand new bike from a bike shop with a few free tune-ups included.

There are very few people for whom I’m willing to play personal mechanic, but that’s what happens when you build up the bike nerdstyle for someone. 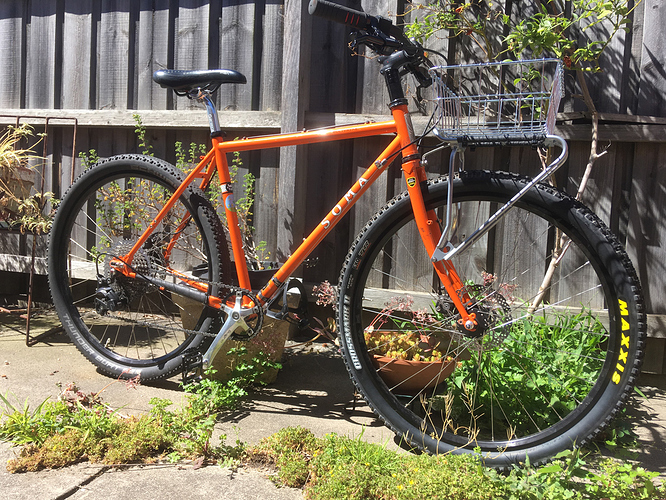 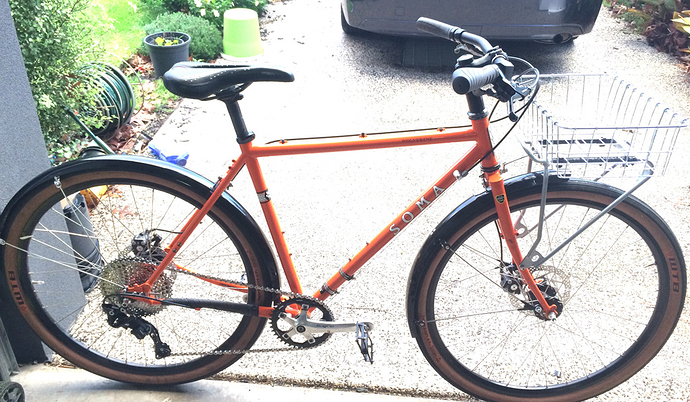 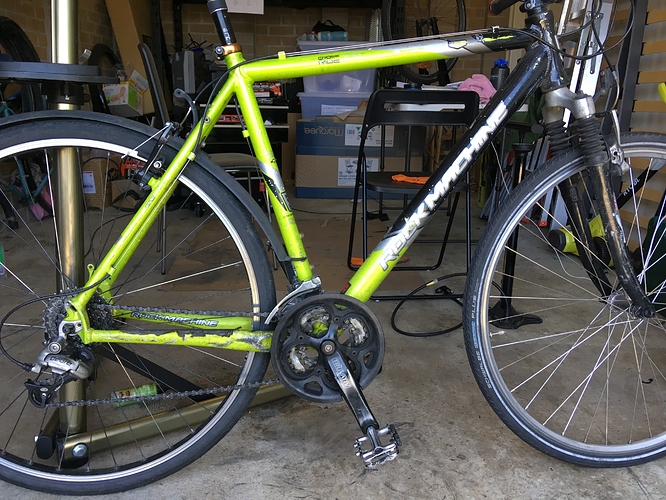 I guess I felt sorry for him cause his 3 month old Kona Dew got stolen over new years and his sup left him. I’m more annoyed I hung out with him for half a day wrenching while he made dumbass jokes (he also has a habit of starting verbal arguments when drinking.)
“Here’s some gloves”
“Are we going to fist each other?” (laughing at his own joke)
30 minutes later
same joke

“Oh yeah, I always carry snacks in case I bonk”
“you should carry condoms as well, get it? bonk?” (laughing at his own joke)

Exactly why I don’t work on bikes from home.

That’s an impressive bike; I did a full-body cringe when I saw that picture.

His flirting game sucks dead bunnies through a straw.

This was me on Sunday

will redirect him to the bike co-op in future