They have their own bags already. But, like many accessories, they don’t fly off the shelves. Who here has the pizza rack or bag? I could get you one that has a lot of dust on it at the shop.
Now they have the collabo with flafunuggen or whathaveyou. There will likely be many of those bags left over, too.

This is where deep category expertise matters - in theory a smart company would plan to make a good product (unless it’s a throwaway addon that’s there to triangulate some other upsell) by finding people with very specific knowledge.

But big company projects don’t necessarily have big budgets, so it’s possible that if there’s not existing knowledge of bikes/fishing/camping/lifestyle hobby inside the firm, they may not know what they don’t know, and thus won’t be able to budget appropriately.

TC: im into most of the fjallraven stuff. I see that some of it is on sale… but like no enough on sale to make me give it a go.

I got a pair of spec mtb shoes to replace my old mavics I broke… but the only reason I did is because it’s all that was in stock at the shops around me. That or spend 300 bux on Sidis that haven’t seen any design updates from 2006 (no thanks)

Hey-a it’s-a perfetto! What-a ya wanna use to do-a? Waves hands in Italian

I have several S frames and don’t even like putting S branded stems or saddles on them?

If SiDi made a truly wide shoe instead of using the same last they got from some postwar cobbler, I’d only wear them.

Instead, I get Bonts, which rule.

you are my new favorite person.

I think I am going to cry

Wasn’t there a thread here that had the whole Cannondale camping catalog?

Wrong thread! I was thinking about the pegoretti / v salon thing.

Yes- cannondale did it, but they were also making motorcycles for a minute

Instead, I get Bonts, which rule.

I’ve always wanted to try a pair of Bonts.

Sidi happen to fit my foot perfectly. Wore my carbon soled ones a lot years ago after fracturing a bone in my foot instead of a boot, riding everywhere and going on a multi-week bikepacking trip lol.

I recently switched from Riot+ to Vaypor S, and the fit is similar enough that I think that you can get a sense of what they’re like by getting the cheaper model.

That or just take a flyer on a $450 shoe working out. The good news is that excess width is easier to mitigate than insufficient width.

I really wish Bonts worked for me.

I also have a pair of Vaypor S - my only complaint is that the upper is pretty stiff and it’s a little bit of work to get them on my feet. But otherwise, they rule.

yeah it feels like you’re putting on part of a spacesuit, not a pair of shoes.

Once they’re on, though, they feel great.

I tried a pair of Riot+. They were too narrow and cramped in the toe box. To be fair, I tried them in my actual size, instead of one size up like the Lakes I’ve been wearing for years (that are only wide enough because they’re too long).

That or just take a flyer on a $450 shoe working out. The good news is that excess width is easier to mitigate than insufficient width.

I would, but the spousal unit is starting to take a special interest in the number of cycling shoes I possess and what they may have cost.

Oh cool, I didn’t know Bont made cycling shoes - I’ve been steeped in the blading world and I only know Bont from making the best quad skate boots (anatomically speaking).

If you think fit is tough in cycling, try finding a goddamn skate boot that fits with a wide toebox!

On the topic of the channel, here is the skate I designed for a contest thingy (didn’t win) that I believe to be TAF, and it matches the cycling jersey (TAF) that I designed a couple years ago: 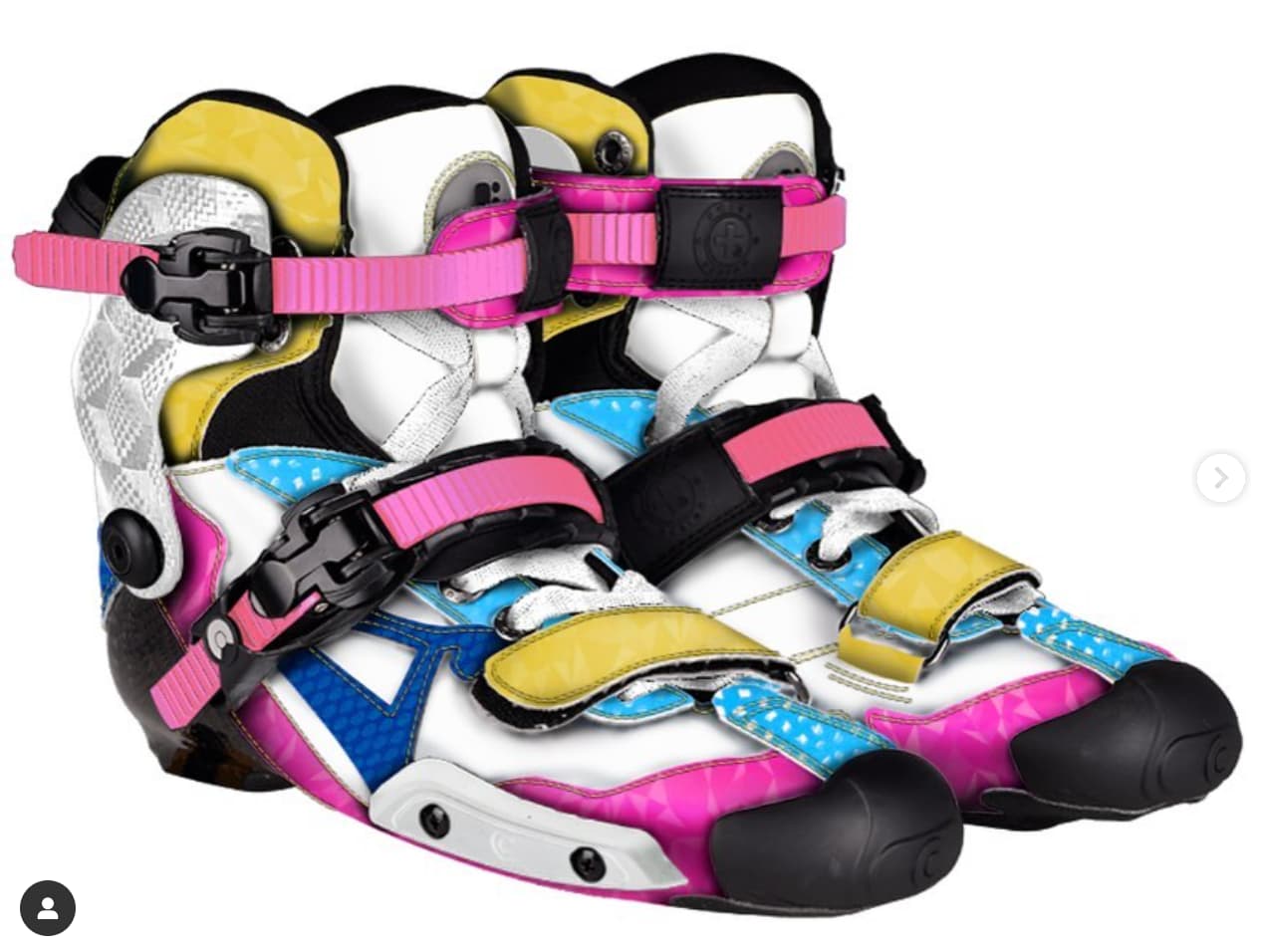 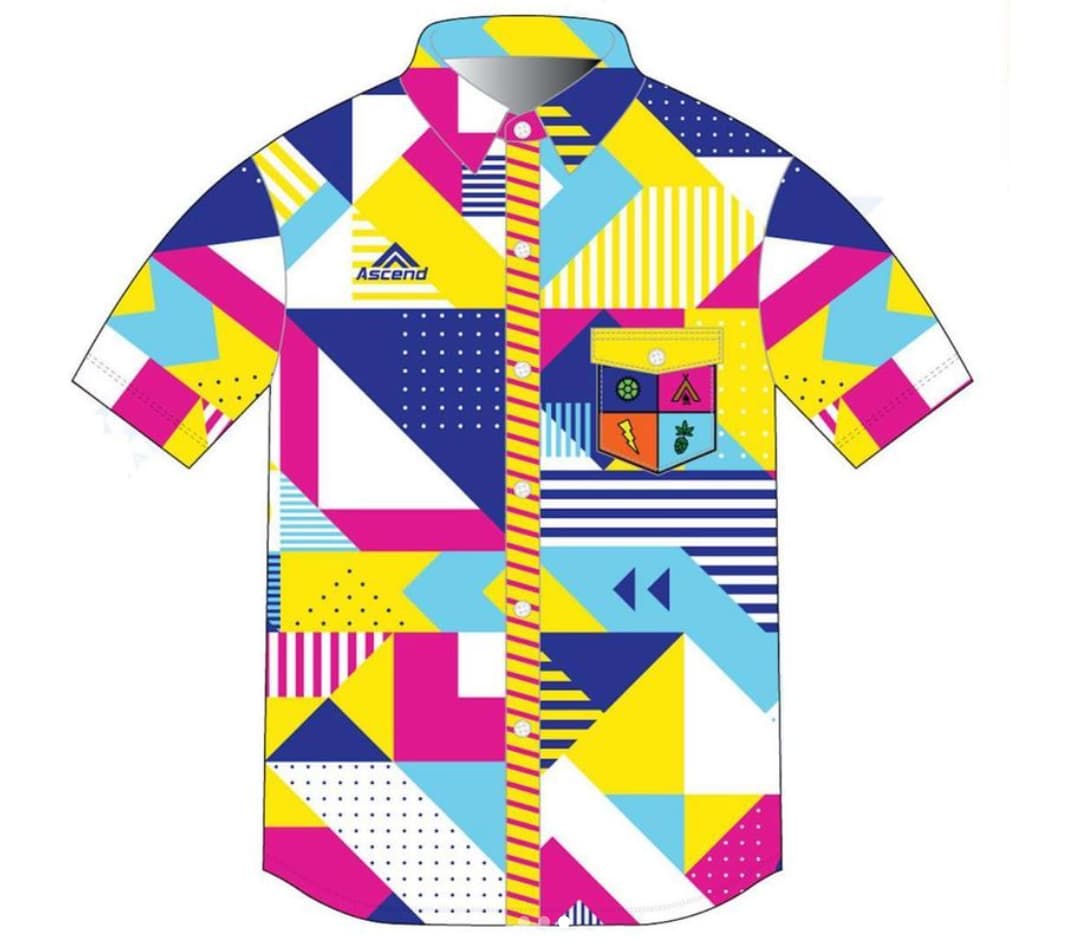