Bikes you wish you had kept but for whatever reason no longer have.

I’ll start with my Hooligan. It was 50/50 whether I’d come back with all of my skin when I rode this thing, but it was a hoot and I should have kept it locked up somewhere instead of letting someone else have all the fun: 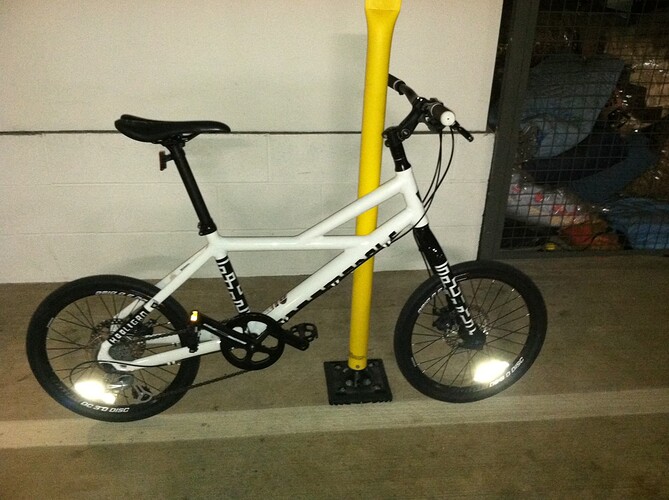 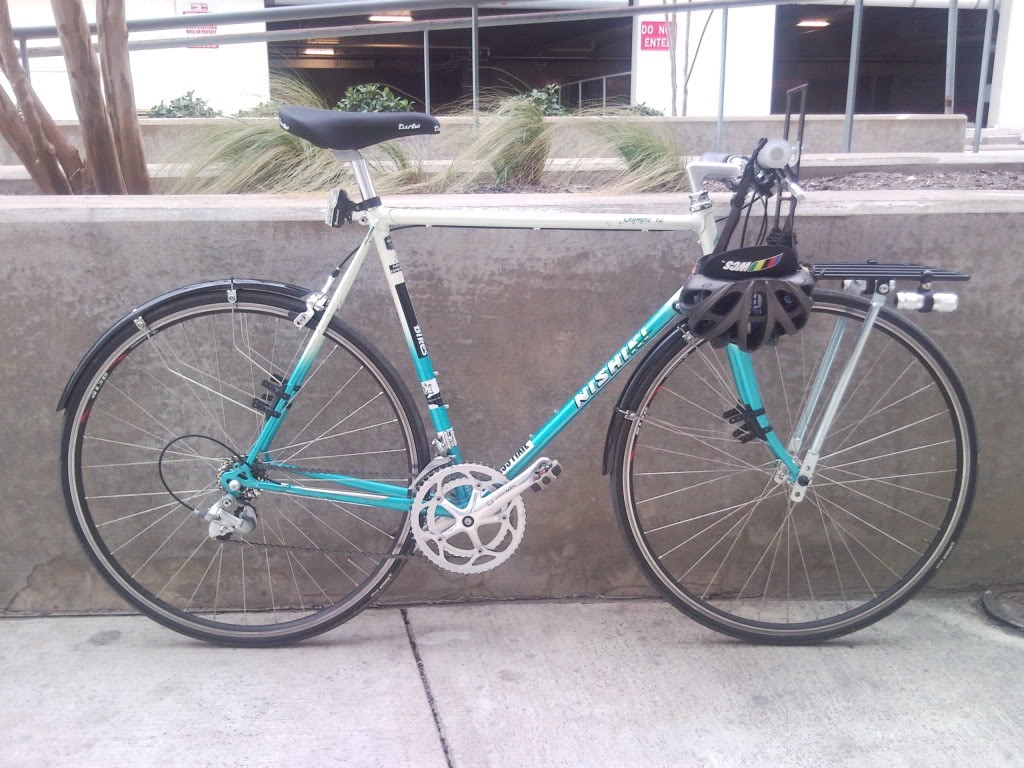 This bike was dumb as hell but I really liked it. I had it the longest of any bike, and always as a risered road bike with a little 8s corncob cassette and ISIS 105 cranks someone posted here that were $19 on ebay brand new in box. It was even tolerable with the Cetma 5-Rail my then gf/now wife gave me for xmas. I sold it at some point like an idiot when I should have just kept it, and I don’t even remember why.

I still keep an eye out for 56cm Olympic 12s so I can have another.

I regret that the pics of the bikes I regret letting go are hosted on Photobucket.

Though I traded one Georgio on here for a Stowe road frame I still have and should build up as a sweet fixie conversion.

I still have that Giorgio I think. Did you sell it to zombie Carl because I cot it from him. 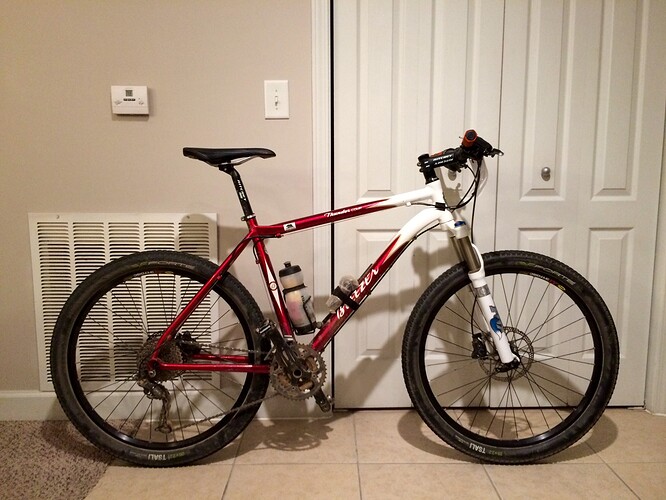 Sold one to Carl and traded the other one for the Stowe but I can’t remember with who. Maybe Ray? 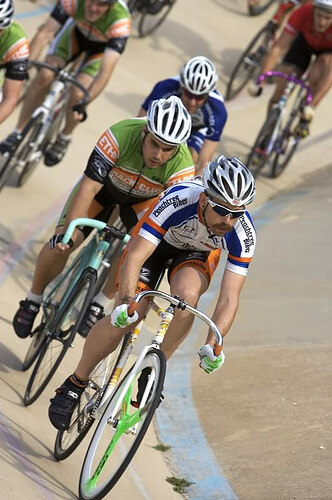 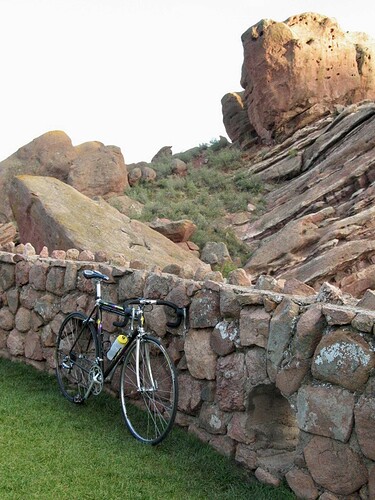 This glued carbon allez with tricolor 600 that I inherited was my first and possibly nicest “nice” road bike and it turned out to be the gateway. It was dangerously noodly (even though I was about 130lbs), but it felt fast and I loved it. Did my first century on it and ended up giving it away. 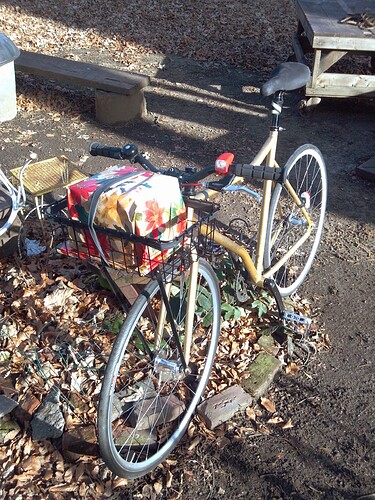 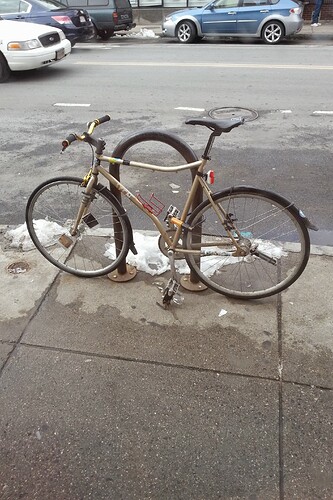 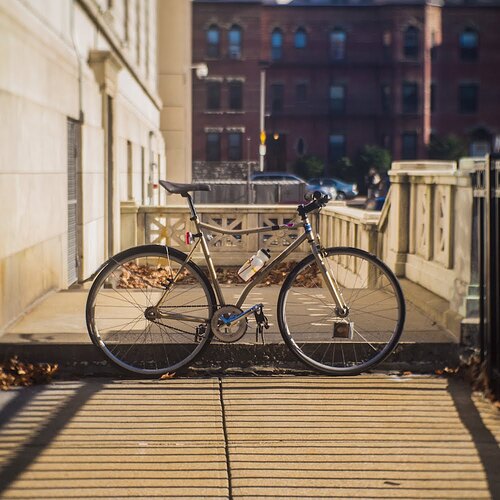 I was into bikes too late to get in the first Fixvxie wave and too early to be a gravel influencer. I started at just the right time to remember disc bikes with 15x100 & QRx135 spacing. 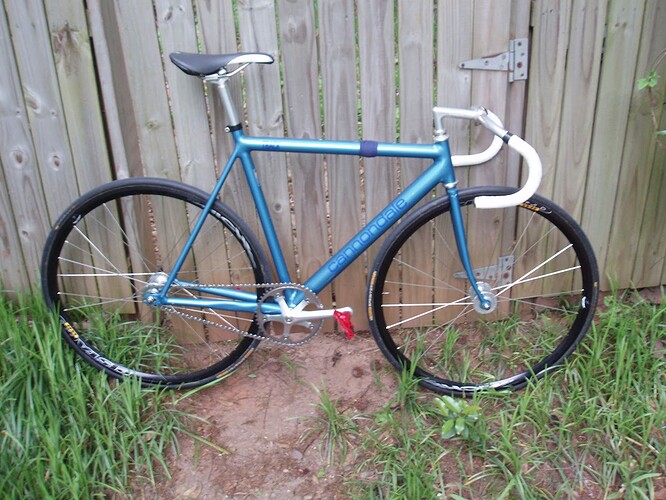 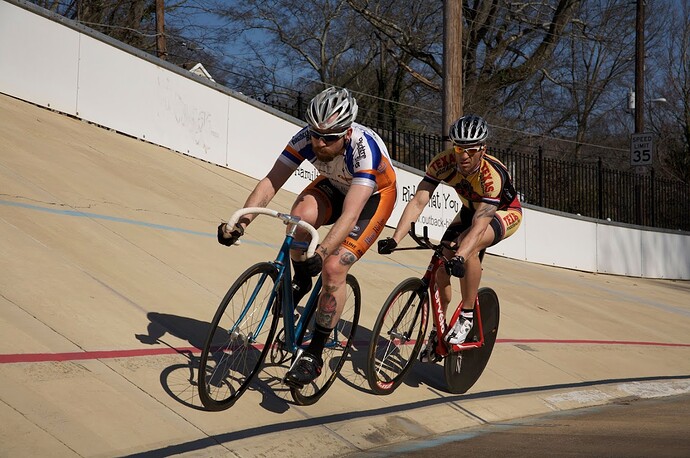 Some dude was racing on an old Cannondale last season & the season before. He said it felt like garbage at DLV.

Even the local super fast dudes run <100psi in their tubs because its so bumpy.

I wanted to make a tradition of hanging damaged saddles and seatposts from a tree at turn 4. One night I felt a popping sensation coming down from there and was too spooked to continue. Turns out it was the structural underside of my saddle snapping. Could have been a lot worse!

No pictures, but I traded my dad’s original motobacon for a raspi and monitor before I was cycling. It probably would have been too big for me, but who knows…

The Monkey, the Bianchi, the DBR is coming back next week after a 6 year absence at least. Not sure what I will do with it, but it has way better geo than my Ocoee. 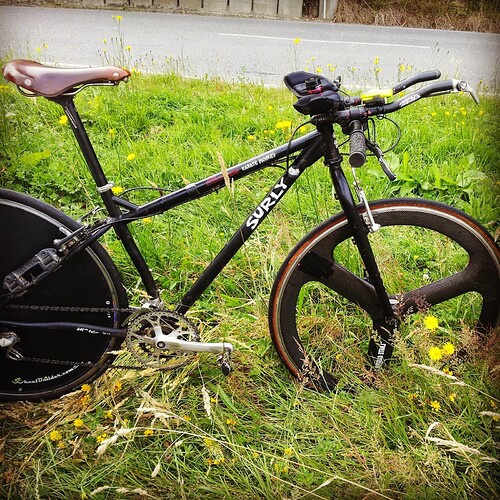 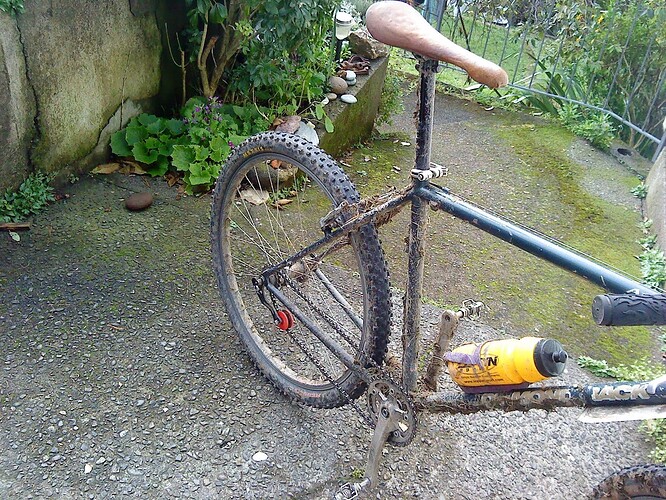 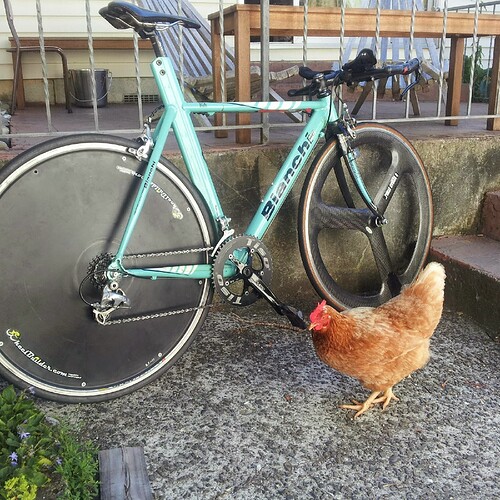 The KaraTTe Monkey is so en vogue right now. Throw some Ikons on and go get a FKT.

I heard that Ikons are slow and Race kings were the biz. 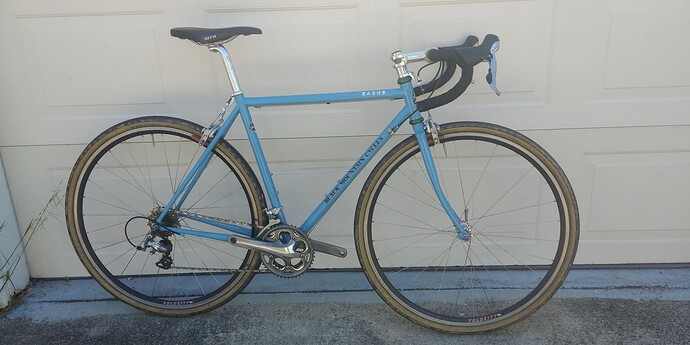