Vintage Treks Because New Ones Are For Bike Cops

First up is a no serial number 1980 TX910
Figured the date because a combo of the glued headbadge and campagnolo dropouts, combo that only existed for about 6 months in 1980. Had half of a Columbus sticker at one point and matches the geometry of a 910, which means it’s SLX. Good for my fatass.

Was abandoned in the basement of a building and @Mister_Uncle_Rudy traded it to me for a bottle of whisky. By trek catalogue it appeared to be bone stock at the time.

I’ve converted it to 650b and running 38mm GK slicks, which measurer closer to 40mm on the VO Diagonale rims.

Picture isn’t up to date, VO fenders that I’ve painted black are back on it, as well as 2cm longer stem and orange tape. And better light wire routing 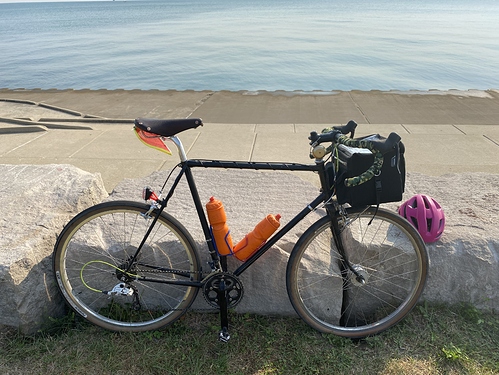 This winter I’ll be removing cable guides and adding additional housing stops, hour glasses on the fork as well as seatstay, seat tube bottle bosses, and DT under bosses. Maybe bringing in the chain stays a bit to run 650b42

Second vintage trek is a Jazz, which I’m counting because it was a trek brand

Is sups, nothing too special. 1x7 trigger shifter
Handful of stock parts still on it, just for tootin around. 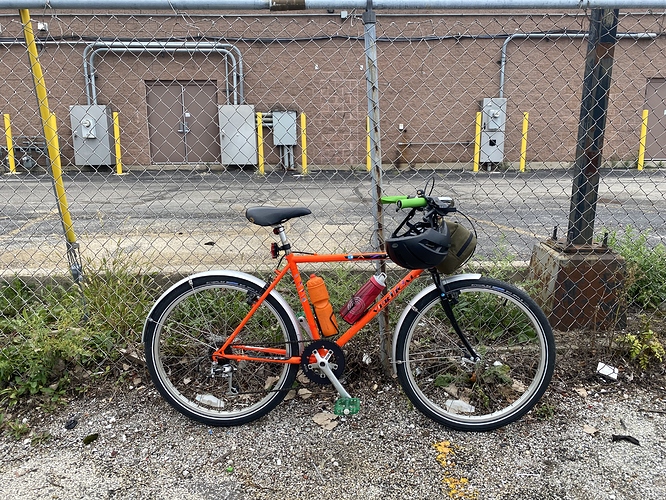 I’ve been riding vintage Treks since they were new Treks in 1983. Here’s my ‘83 520 (minus fenders). I had just got it powder coated after having Cyclefab add some rack brazeons. Unfortunately they brazed the rear ones on ridiculously high, and I didn’t notice befored getting the powder done.

I got some repro Trek decals awhile back, but fuck that, they’re going in the garbage. I think I will get custom ones made in the same style as the ‘83 and earlier logo, but have it say EMMA instead in honor of my best friend ever dog who died last year. 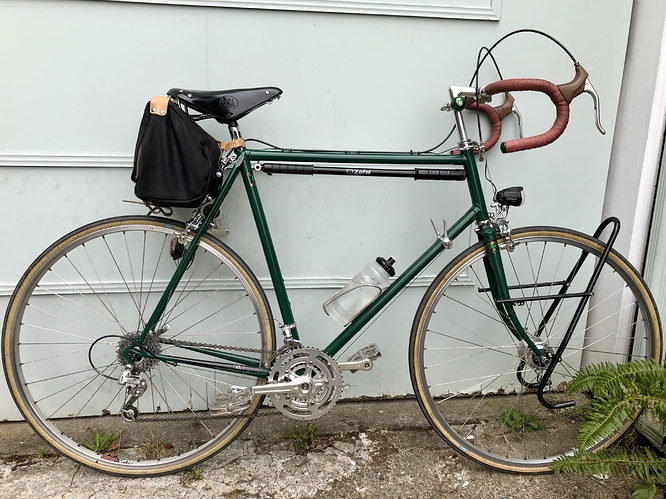 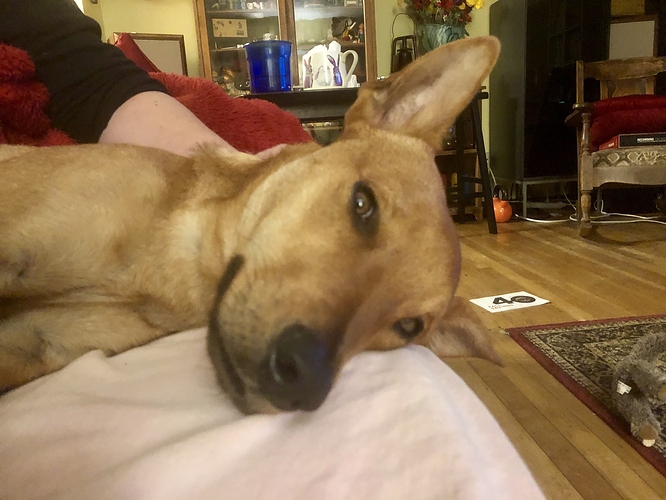 My first hybrid, from back in 2008. In some ways, this is the best bike I ever had. At some point I did something that kinked the toptube and downtube. I think I fucked up trying to ride it off a little (tiny) drop next to a fire road and endo’d hard because I wasn’t and still am not very good at riding bikes.

I fucking loved this bike and I still miss it more than any other bike I’ve had. 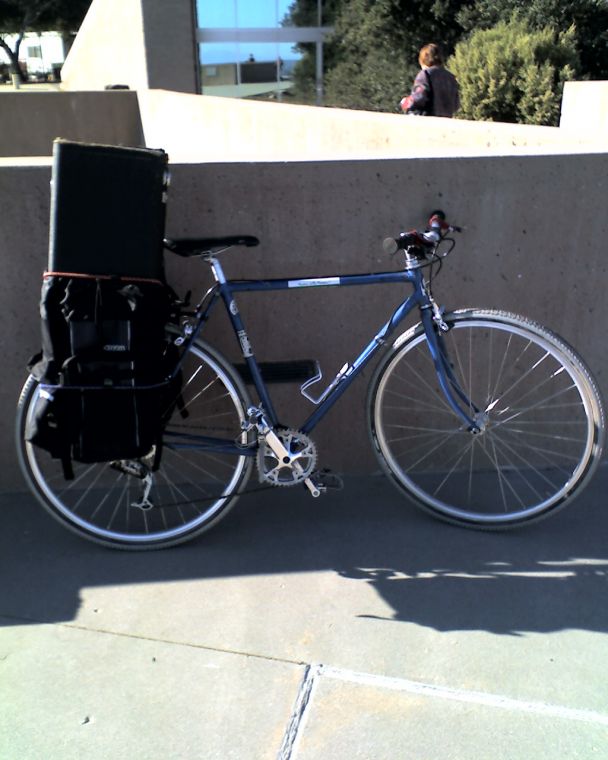 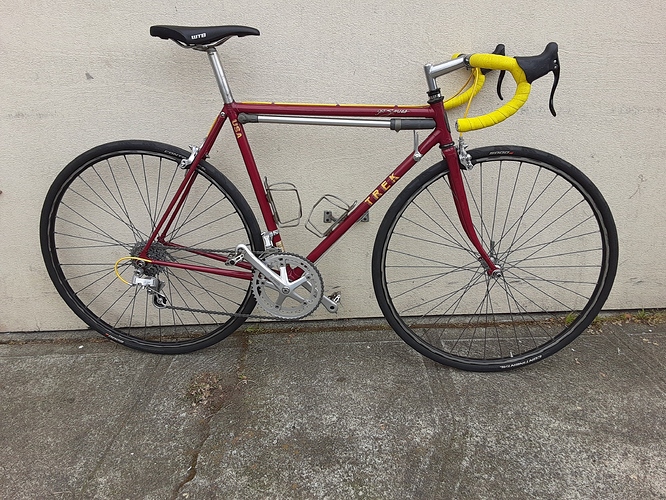 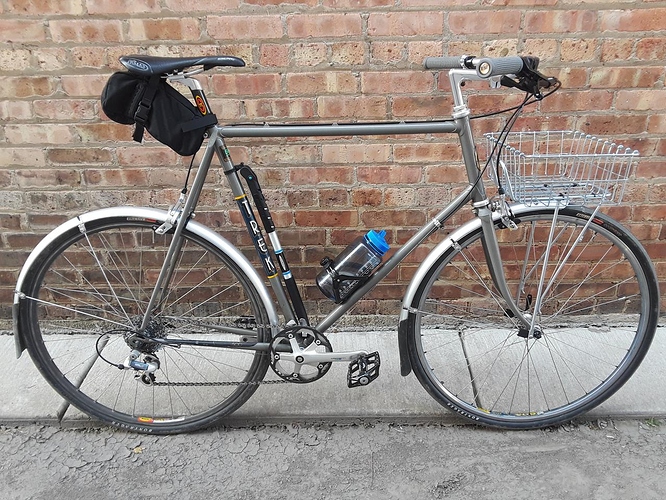 I’m about 99.9% sure both 531 and 501 have the same modulus and therefore ride exactly the same, all else being equal. 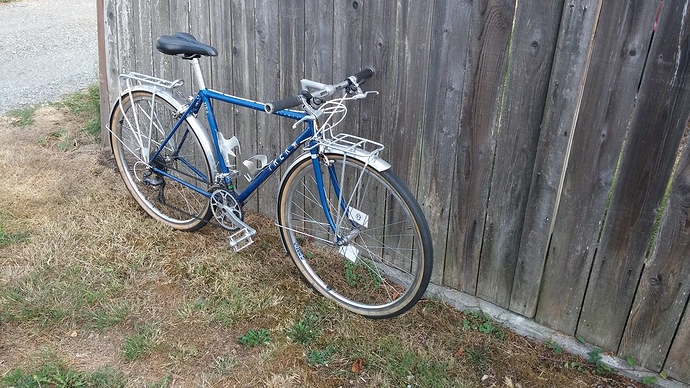 These were all mine at one point, but currently I have no sweet vintage Treks.
1983 500 Perfect city road bike. 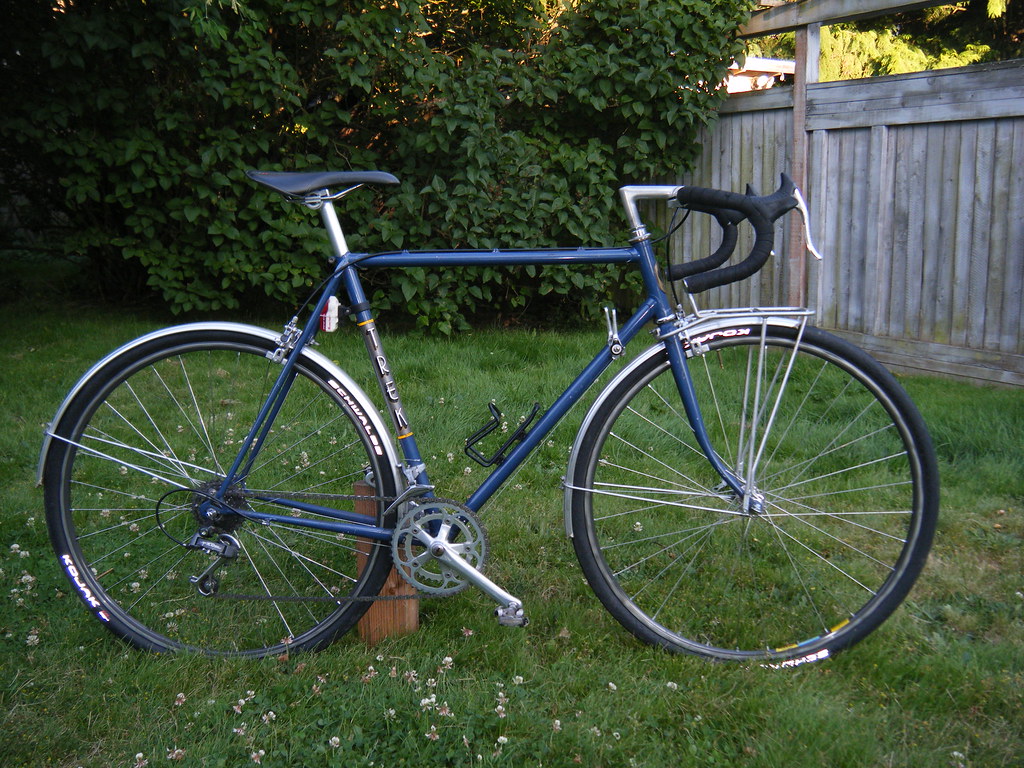 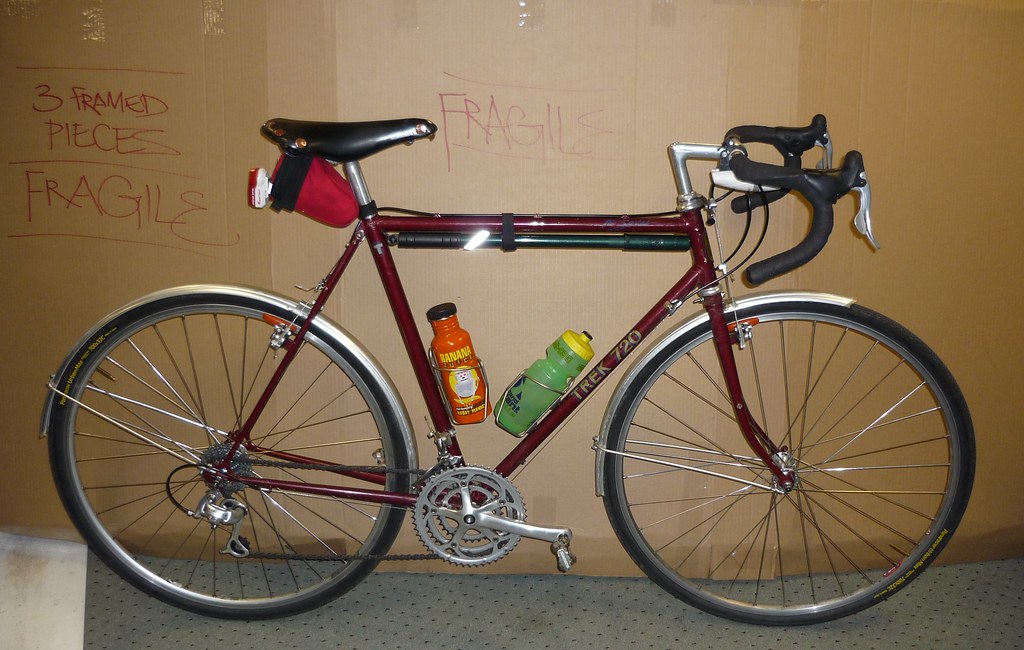 1984 760 The bike that sold me on thin-walled skinny tubes, I always felt like I was flying up hills on this bike, was comfortable, handled great. Not good with fenders those didn’t stay installed for very long. Also as a man of substance, this ghost-shifted at times if I really stood and hammered up a hill. 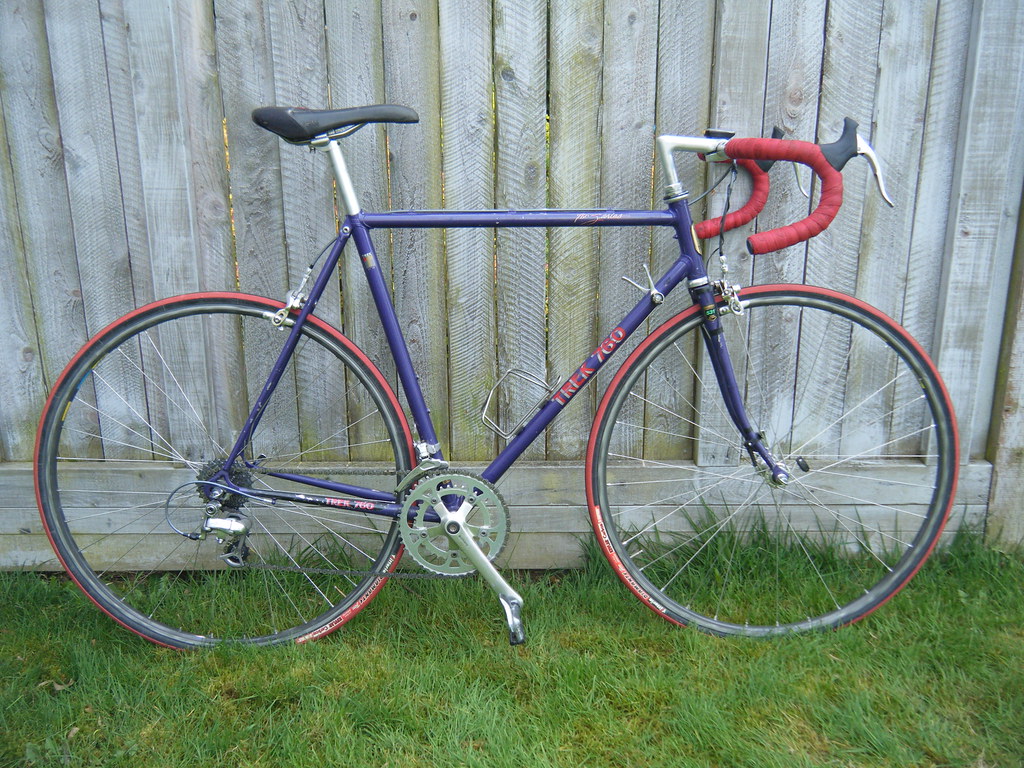 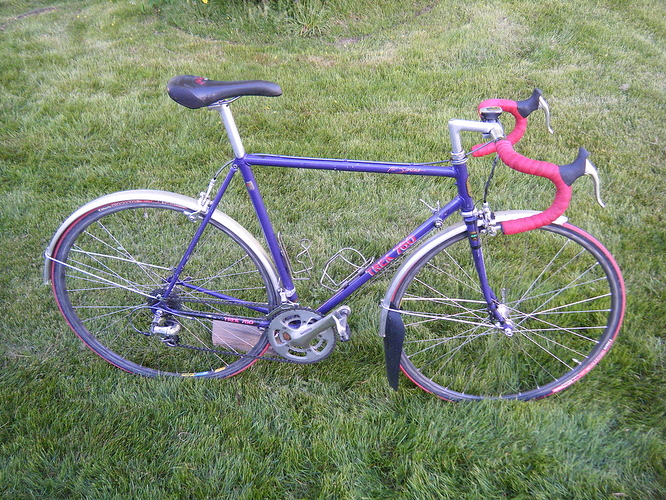 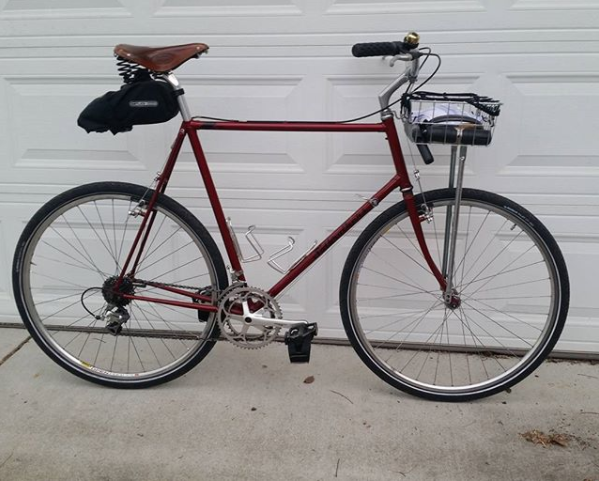 is ‘we’ still brosef?

What did the conversion involve? I can’t tell from the photo what the brake situation is.

Last photo I can find of my Elance, currently at my parents for vacation duty 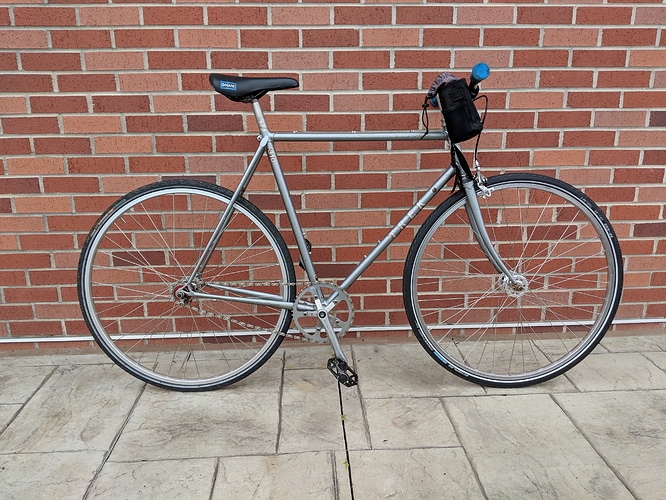 Hadn’t considered 650 before on it, looks like some room for cush 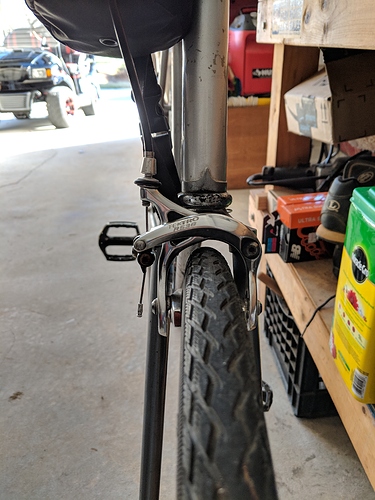 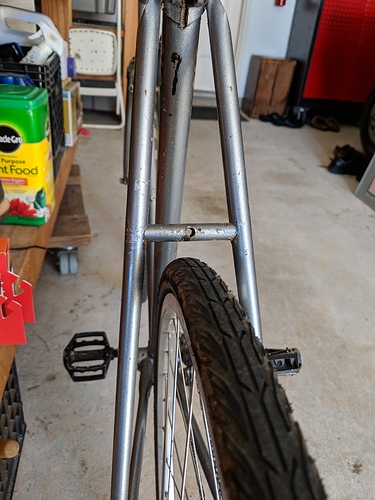 sol is back?? is this real? and he announces himself in the Vintage Treks thread? gonna need the equivalent of “hostage photo with today’s paper” here to prove it