do you have arcane non-brifter dropbar cable pull knowledge?

I know this is going to cost me, in time, not money. My first wireless power! I have two wired powertap hubs, one is intermittent on a decent rim, the other good, on a mostly slogged rim. Will pull them down, use the rim off one and the spokes off the other to make this hub into a wheel. One is built 2x and the other 3x, with the good rim having wrong length spokes anyway, as the original PT had different flange heights. I probably have the first 3 iterations of PT here. A shame it’s not the third, as it would talk to my Garmin. Will probably put it on my yellow Steelie and do some retro TTs with my spinachis. EDIT: gawdang, seems it’s the SL+ which works with the REAL ANT . I should be able to sync it to Strava and in theory, intervals.icu 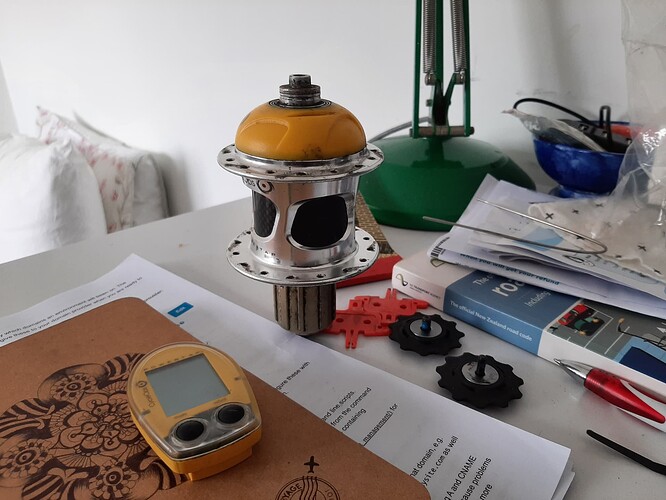 Can one of you with a qbp account let me know if they show stock on the surly moonlander offset fork? 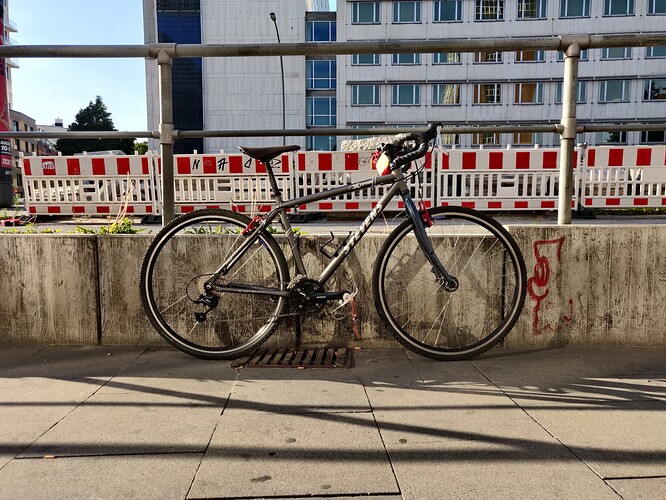 The alluring tire clearance of this lock-up, Steven, I took in from a common in-law, has led me on a dither. Took L’s old venture maxes and short stem and threw it on here, then chased down some short pull v-brakes. edit: also rigid forked.
Next step is to acquire some bigger tires. We will take this on a trip through the gravel and sands to the South, which her Soma just is not up to.