What did you do to your crosscheck today?

handlebar mirror vs helmet mirror tho

It’s my wife’s xtracycle: no gods, no rules, no problems!

It’s nice the same way having mirrors on your moto is nice.

handlebar mirror vs helmet mirror tho

Eww handle bar mirror. I didn’t think we allowed those.

I’ll see my way out.

Swapped out the too-nice-to-ride-in-the-winter wheel I finished building last week on the winter ruiner for the lots less nice spare wheel that I care much less about.

Also worked on replacing the broken spoke in the other wheel and proceeded to mess it up when trying to balance out the tension (averaging out my wheelbuilding skills to meh). Aluminum nips aren’t really a great idea for a wheel that will see salt anyway, so it may get unbuilt at some point and the rear hub used for a new wheel.

They’re second hand wheels, and factory at that. They’ve been fine otherwise.

Currently fighting the urge to buy new rims and spokes this weekend when that stuff would just sit around for months and months before anything would be done with them.

Careful with that. I just learned about a whole run of alloy frames from Kona that were prone to breaking because they reamed too far.

Yeah, I’m a little iffy about it. Need about four additional cm of reamway, and that should still be a few cm above the rocker pivot and seat tube kink. It’s a 2016 Niner with old geo, so I feel like the stakes are relatively low.

I had a couple ex-coworkers that used to work at shops w/ Niners, and they complained about a lot of frame cracking over the years. YMMV

Built up Crosscheck frame I bought from @jimmythefly. SS for now. It’s going to my friend once she buys a cassette and cables. Ate an
Adderall after I took this photo and got the fenderline a bit better and rearranged headset spacers 76409986million different ways but finally landed on how I had it the first time. Really hate the gold headset but it’s what I had in the parts bin. 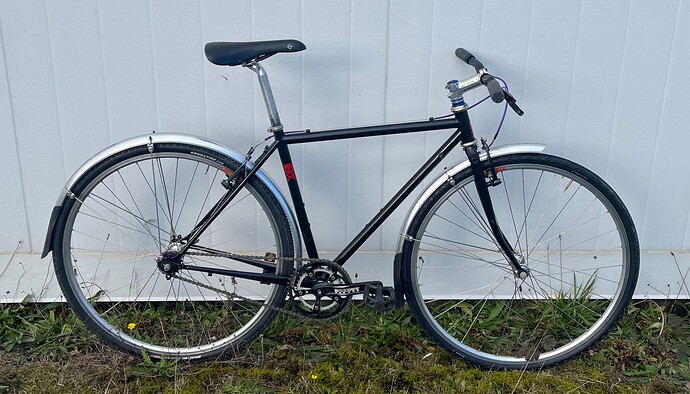 Also got the Sundeal rolling. Tire rubs the Sensah srx dangler above the eighth cog. Not sure what to do but will probably try a smaller tire.

Put a dorky bike of refined taste on the trainer and actually used it (unlike the last time a bike was on that trainer). First time doing more than riding up and down the street and the knee feels fine so far.

Are there any good S24Os on Zwift? 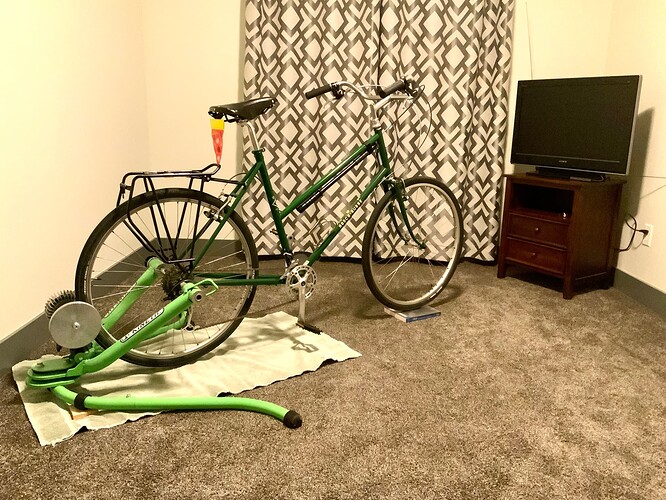 you tryna get zwiffy this winter? im about ready for late east coast evening zwift, there’s a few others here who are dtz as well

Nah, just setting up something most likely temporary in the house to monitor how my knee is feeling. If it keeps feeling okay, I’ll go back to commuting. This bike isn’t getting ridden again until it starts to warm up, so maybe I’ll keep using it for very casual 10-20 min stuff in regular clothes.

You gonna burn through a fancy tire there?

It’s only a wire bead Kenda. I have a 10-11 year old trainer tire that’s probably too narrow for that rim.

Measured a rim ERD, figured out spoke lengths, went to buy spokes and the long ones are out of stock at the one place I buy bike parts.