still waiting on my black sheep truss fork. james dodged my messages for a few weeks but finally got back and said “working on your fork this week, should be done friday.” that was three fridays ago. hes in iceland riding his fatbike now.

I’m so confused how the vallnord men’s race is being won or lost on these stupid bridges covered in rubber mats.

Rode at 2 ski hills in the past week and watched semenuk win a car rally race. Did my annual “remembering how to do jumpz” sesh. What a mtb week. 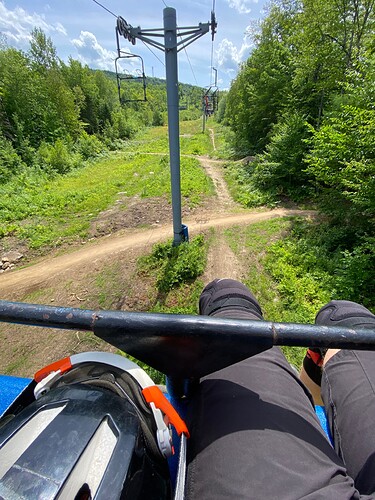 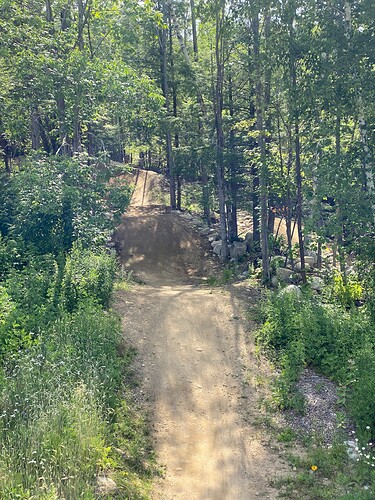 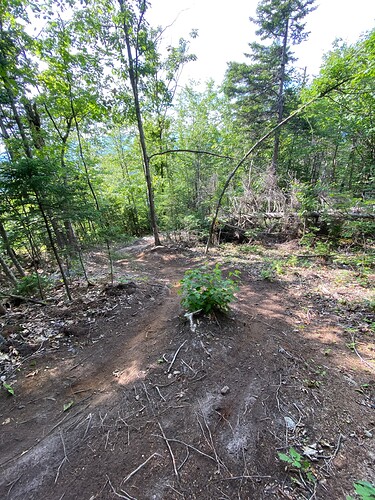 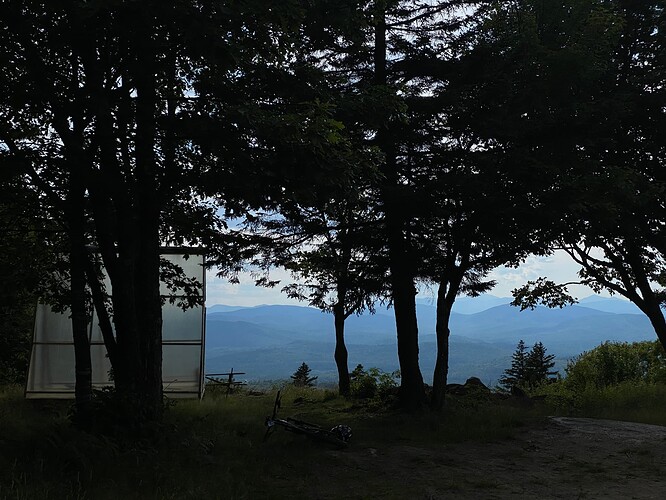 annual “remembering how to do jumpz” sesh

i need an annual “learning how to do jumpz” sesh

this is like someone who can’t swim asking “how do you swim in water”
and you saying “relax, don’t breathe under the water, and swim”

That’s just what helped me this time. Every year is different, except for the “go fast” part.

Hey if any of you are coming to Vermont this summer and want to hit a park I’ve got all of these passes that I’m not going to use (I might use one of the Bolton passes but probably not). Just hit me up

Friendly reminder. I’ve got all of these left except for the non-peak Bolton 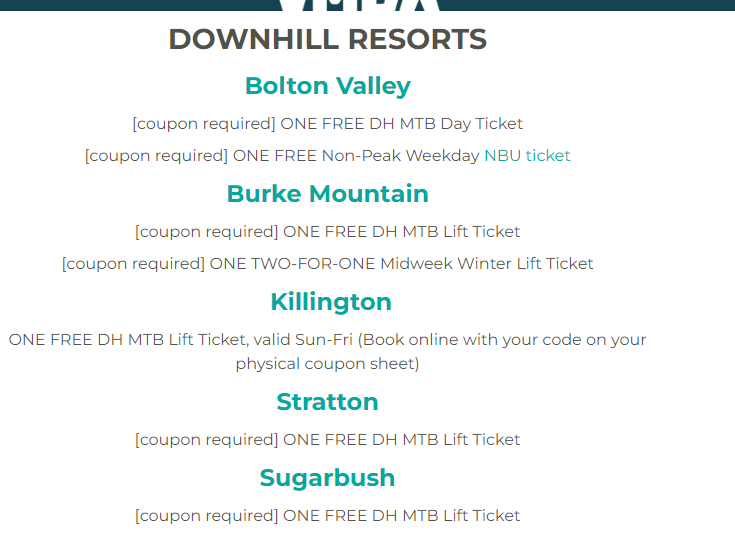 Hey @frank_doktor you know of any trails out to the NW from State College? Looks like a dead zone out there.

Which makes sense since it is supposed to have some of the least light-polluted sky in the eastern US or something. I’m being asked to go out there by in-laws.

I’d take the Killington one.

No, not much out there that I am aware of. Jake’s Rocks is a bit farther west near Warren and is pretty fun for machine cut stuff.

Holler when you want the code.

Hmm, an hour and 15 minutes. Could be worse I guess. State College is less than 2 hours from this place I’m being invited to, haha.

not really a component of jumping. you only need to go fast sometimes! when the jump requires it.

@BEEutiful_Wednesday as you’ve probably gathered, the hardest part tends to be that you either need instruction live or you need a jump real close so you can watch a video then immediately practice the steps.
the best substitute i think is if you can find a park with a small jump to repeat that has someone else around to watch and you can mimic their motion (if they’re any good!).
there’s multiple “ways” to jump so people even look different doing it. the most important part is to compress the bike into the take off and pull up on the front bars to the front of the bike sets the trajectory (otherwise the rear ends up on a different trajectory and you kartwheel OTB). pulling up on your front bars as you leave the lip is what is going to get you off the ground. standing up will get you higher, but when first learning, it also might mean you case the jump because getting more height means increasing the distance to the landing.

IME anyone can learn jumps in 1-2 days with practice, but it works poorly if your practice is spread out and you aren’t doing much repetition.

I think was crusty was saying is it is his annual re-learning how to jump. like our techy riding has almost 0 jumps so the first time back at the bike park is where you have to remember what to do. Hard part is how much faster you’re going there.

Oh yeah, I don’t think it is something to be learned by reading but little mantras like the above sometimes do contain that little kernel of truth which you remember at the appropriate time. The only thing I’d defend is going fast, because I feel like riders new to getting their wheels off the ground usually think they’re going to float off into space as soon as that happens. Whereas you do in fact have to be going faster than a novice would assume to simply not case a jump, at which point it changes from a scary ramp to the sky into a speed bump that you use to bounce over a hump.

Writing out like the basic theory is definitely helpful tho. Like the part about how to get balanced so you don’t tomahawk yourself.

I think was crusty was saying is it is his annual re-learning how to jump.

Whereas you do in fact have to be going faster than a novice would assume to simply not case a jump, at which point it changes from a scary ramp to the sky into a speed bump that you use to bounce over a hump.

it absolutely depends where you are. at the bike park, yes, some speed is very crucial. but i found that my initial foray into learning jumps, i relied heavily on speed and did not develop form. another rider at the dirt jumps encouraged me to stop relying on speed, so i started rolling up to the jumps and hitting the brakes, then using solely gravity/no pedaling. once i could no longer rely on those initial pedal strokes of speed, i had to focus on dialing in my form to ensure i cleared the jumps.

these were dirt jumps though, not DH park jumps, so they were meant to be doable at low speeds, but required actually jumping properly to get through them slow.

i can clear these little table tops where i probably get…7 inches of air?
anything with a gap terrifies me and i squash it
what is incredibly frustrating is that i can happily ride off of most DROPS, it’s only if there’s a period of going UP first
i’m exactly the same way on skis, the up part beforehand really throws me off. 30 foot cliffs? fine. baby terrain park “kicker”? i’m afraid