You're gunna hurt yourself: Carry Shit Olympics (aka the Cargo Bike thread)

It was as I who obtained the bullitt box from the german bike shop.

It is good, but there is an equivalent box of that type that splendid sells now

I can do this as well, just was hoping for something more immediate and also like $30. Eventually I’ll be building a nice plywood box with a door for the doggo.

The base from a wheel barrow and a stretchy net over top?

It was as I who obtained the bullitt box from the german bike shop.

It is good, but there is an equivalent box of that type that splendid sells no

We test rode one one of these ^^^ and found the wood rattled around quite a bit no matter how tight the straps were.

We got this one and it’s been great 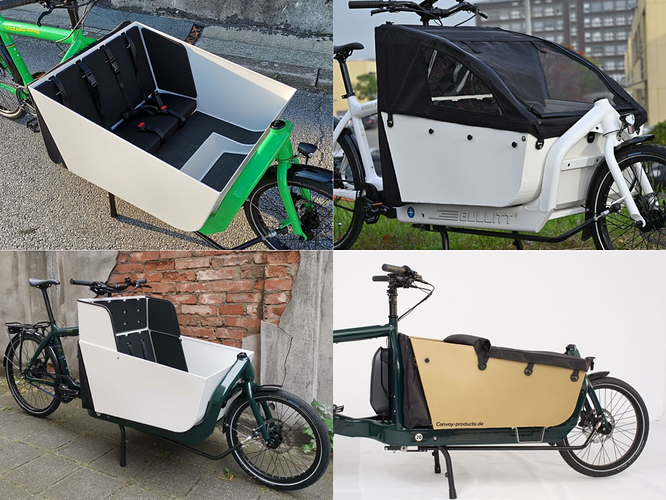 But shipping would probably be a nightmare. I imagine you could show those pictures to most sheet metal shops and they could come up with something similar.

That thing looks amazing.
Shipping from portland for the badger box was like $90 iirc. Not too cray for such a huge package.

I added a hand grenade pouch for snacks and stuff. It’s a hit! I think I’ll mount a loony bin or something for his bevies. 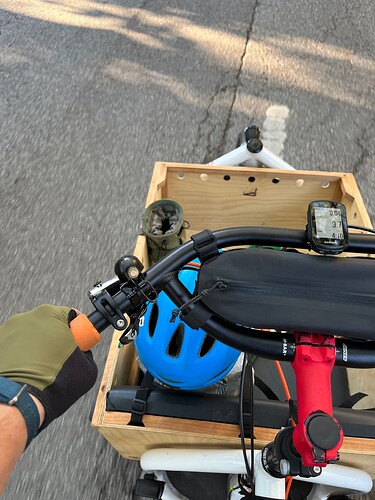 image1920×2560 348 KB
Also, the dynamo is intriguing and is the reason he always shows up to school with filthy hands. 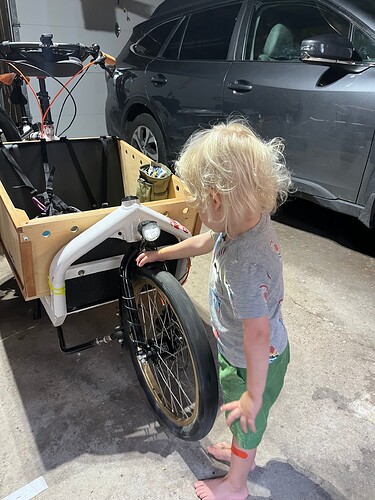 Yes , it’s a but squeaky and creaky, and actually doesn’t fit together quite right. I think they did a second version that is a bit better tolerances.

Main reason for going this route was to be able to take the sides off to haul bulky things.

They shipped it packed flat so the charges weren’t terrible, it ended up being comparably priced to one of the other boxes that Splendid could supply.

So y’all keep posting boxes but the thing I’m thinking of wasn’t something you could buy, exactly. It was an open source set of specs that were supposed to download and use on a local laser cutter.

No real need to get to the bottom of this, I’m just mad because I thought it was cool and I have no idea how to relocate it (and also concerned this is a Mandela effect thing lol)

I remember it being plans to cut out your own ratchet strap box.